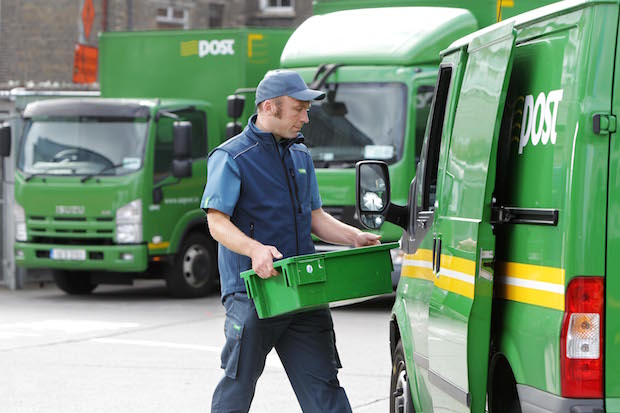 An Post slammed as 100% of Donegal closure appeals rejected

Deputy Pat the Cope Gallagher has slammed the appeals process set up by An Post regarding the closure of post offices as “a waste of effort and time.”

Deputy Gallagher raised the issue in the Dail last night.

It comes as ALL post offices earmarked for closure in Donegal had their appeals rejected to date.

The Fianna Fail TD said he was extremely disappointed that the Minister for Communications Richard Bruton failed to turn up for the debate, instead deputising Minister of State Sean Canney to attend.

He said this is a further indictment of just how serious the Government are really treating this issue and a demonstration of just how genuine their approach rural Ireland is.

He fumed “The entire appeals process was deceitful from the outset; it was a cynical exercise endorsed by the Government to tick a box whereby an impression of an appeals mechanism was given by An Post. But, the appeals process thus far has recorded a 100% rejection rate of appeals lodged in Donegal stated Pat the Cope.

“Hundreds if not thousands of people across the various communities affected by Post Office closures attended public meetings in an effort to maintain their Post Offices but this was an empty formula and a complete non process – a waste of effort and time. Trojan efforts were made to save Post Offices by these communities but to no avail,” added Pat the Cope.

The Minister of State Canney in his reply state it was the decision of An Post to close the various post offices based on the package scheme which was agreed with the Union and made available to all Post Masters or Mistresses.

Pat the Cope added during the debate that no rural proofing of the Post Office closures policy was undertaken by the Government and there was a complete failure to defend rural based services.

“I am extremely critical of the appeals process which was set up to adjudicate on the appeals which were lodged by the various communities – it was nothing short of misleading and created a false expectation in the eyes of the general public.

“I am calling on the Minister to meet with a cross-party delegation to discuss the ongoing closures of Post Offices – and to give this issue the serious consideration that it deserves. It is not right that different criteria apply to urban areas as does to rural areas.

“Numerous communities have been left badly scarred by this process, as thousands of submissions have been sent into An Post – the Government need to start listening to the concerns of rural Ireland and the respective communities and take the necessary action to support our struggling rural communities.

“The long term effect of this policy will have lasting negative impacts on our towns and villages throughout Donegal and elsewhere in rural Ireland.”