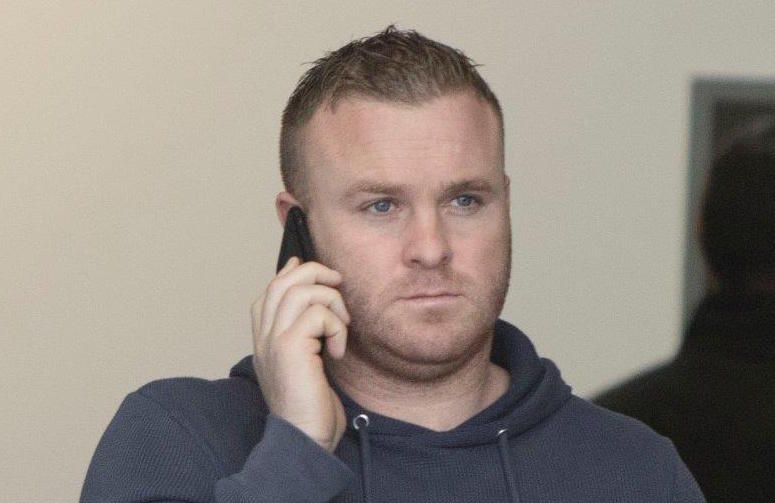 A former Donegal county councillor and his love rival became embroiled in a massive row outside a petrol station while children looked on.

The court heard that Reid threw a wheel brace at Doherty during the dispute which broke out outside Kee’s Filling Station in Laghey on October 9th, 2016.

Gareth Reid pleaded guilty to producing a charge of producing an article, namely a stick or a wheel brace, in the course of the dispute.

Barry Doherty pleaded guilty to assault causing harm to Reid in the same incident by punching him in the face.

The confrontation between the two men happened in front of Reid’s three children and his ex-partner.

Evidence of the altercation between the two men had been heard at a previous court sitting.

The court had heard Reid’s young son had tried to get between the two defendants during the confrontation. Reid suffered a fractured jaw and a broken wrist in the incident.

At the sentencing hearing, Judge John Aylmer said Reid, of Lawnsdale, Navenny, Ballybofey had admitted throwing a can of coke and a wheel brace at Doherty’s
vehicle.

Doherty, of, Mourne Place, Strabane, got out of the vehicle and punched Reid in the face.

Judge Aylmer said the offences by both men merited 18 months in prison.

In mitigation, both men have shaken hands and for the sake of the children decided to put the matters behind them.

The judge said Doherty, who travels to the UK for work, was not the initial aggressor and had been fully cooperative. Doherty is deeply ashamed and remorseful, he had no previous convictions and the incident was completely out of character, the judge said.

The court heard Reid is pursuing a civil case for damages from Doherty.
Judge Aylmer reduced the sentence to one year in prison and suspended it for one year.

The judge said Reid had also been cooperative and had suffered significant injuries. He said Reid had escalated a verbal exchange by throwing objects.

The judge said Reid has undergone counselling around the breakup of the relationship and his parenting issues.

Judge Aylmer reduced the sentence to one year and said that in the interests of even-handedness and having regard to reconciliation he would suspend the sentence for one year.