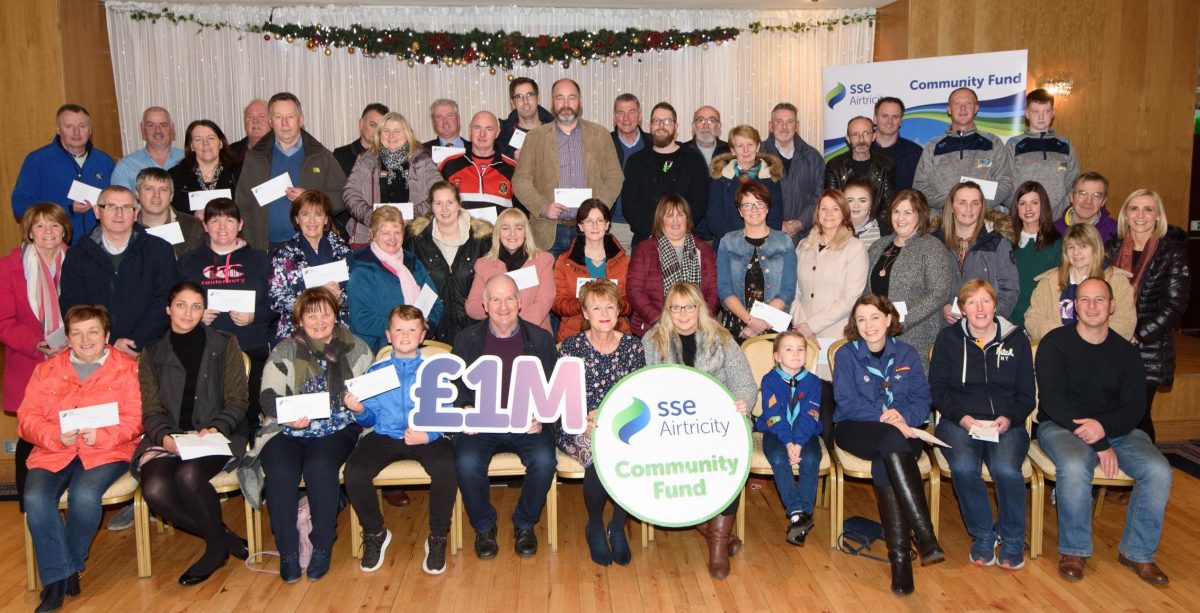 Over €108,000 presented to Donegal groups from SSE Airtricity fund

Almost 50 local groups have received a share of €108,850 from this year’s SSE Airtricity community fund.

Each year, the energy company makes annual contributions to local projects in Co. Donegal through its Community Fund programme and Sponsored Walk.

These initiatives have provided over €1 million to local groups since 2007.

SSE Airtricity presented €58,196 to local groups on Tuesday, topping-up the €96,052 raised by community members from this year’s Sponsored Walk at Meentycat Wind Farm. 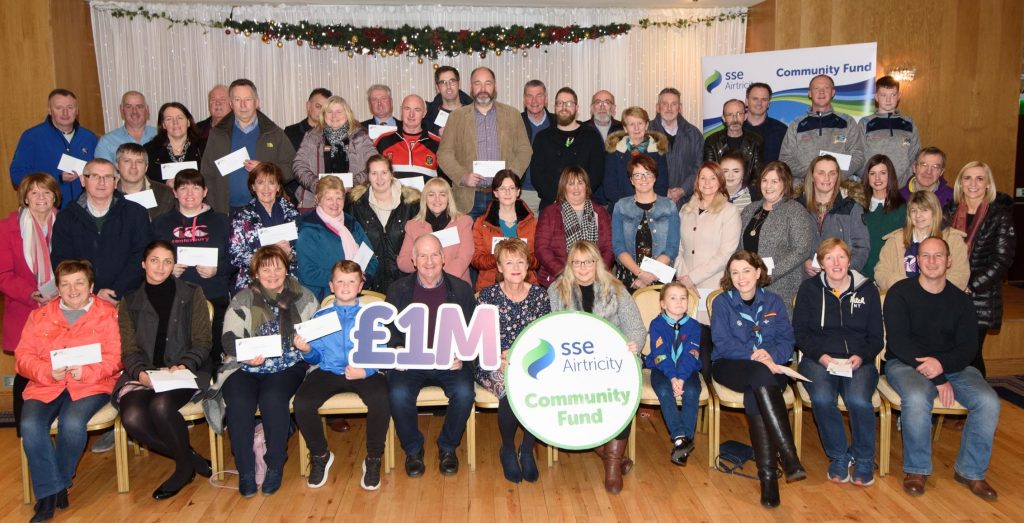 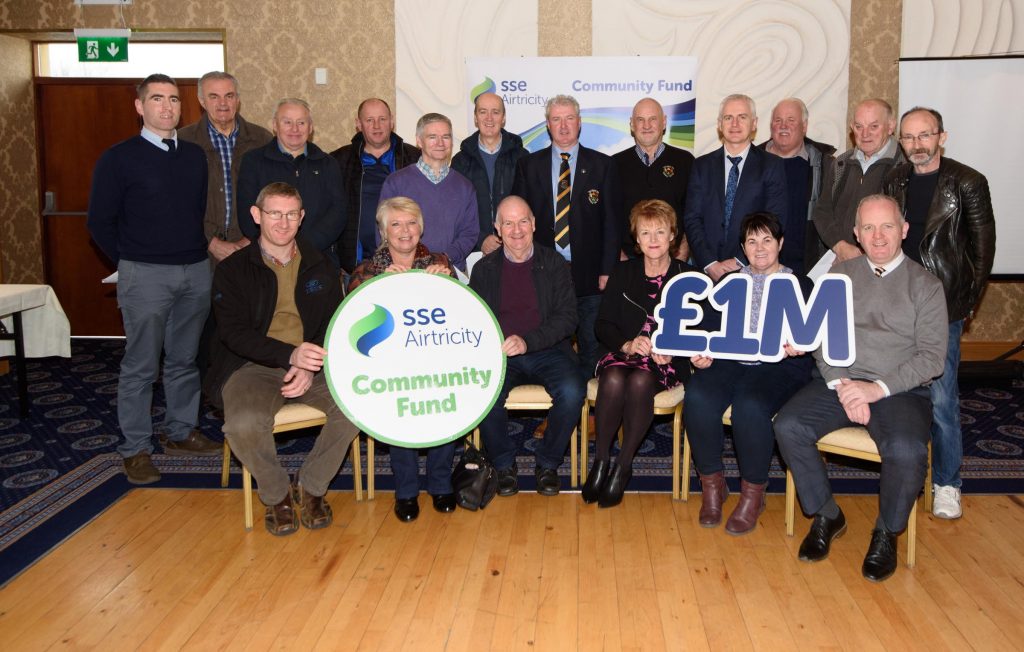 The following day, Wednesday 5 December, the firm awarded a further €50,384 for 13 local projects through its Community Fund. Both presentations took place in the Villa Rose Hotel in Ballybofey.

A large number of this year’s Community Fund recipients are putting the funding towards improving their energy efficiency measures, which SSE Airtricity strongly supports.

Glenswilly National School will have new windows fitted, while Ballybofey United Football Club will improve insulation at their clubhouse.

Glenswilly GAA Club and Letterkenny RFC will benefit from the installation of solar panels and Illistrin Football Club will replace its old storage heaters.

Twin Towns Boxing Club have received funding towards the installation of a defibrillator and training on appropriate use. 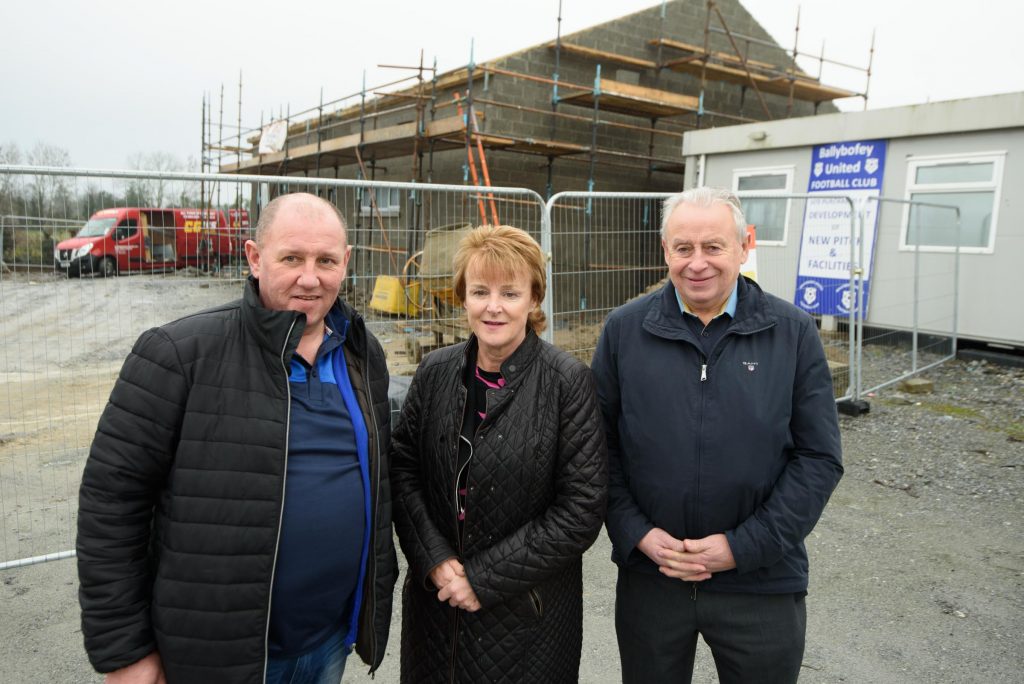 Anne Reynolds, SSE Airtricity Community Development Officer, said: “With our biggest ever Sponsored Walk this year, the walkers raised an incredible €96,000 for their own causes. With such a fantastic effort from the local community, we were delighted to be able to follow-up with an additional €58,196 to support the groups. We also presented a further €50,384 from this year’s Meentycat Community Fund to 13 forward-thinking and important community projects.

Ms Reynolds added: “It’s great to see so much of the money going towards improvements in energy efficiency, which is a great way to secure long-term benefit for the community.”