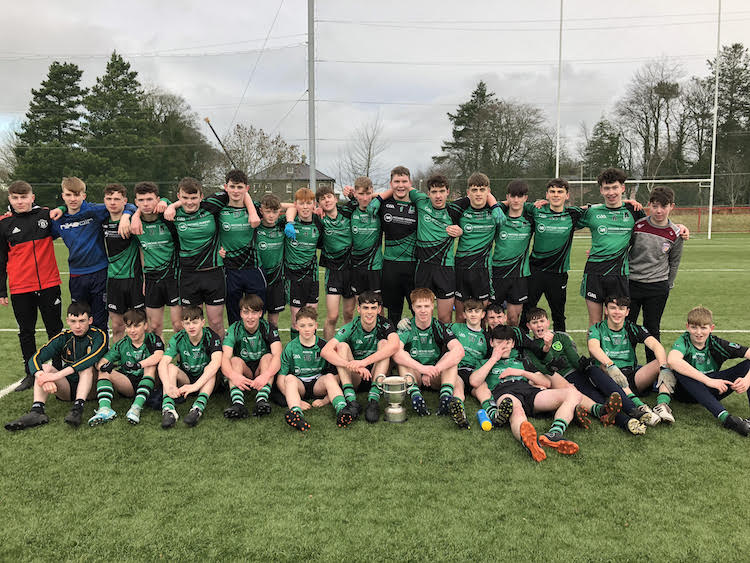 By Chris McNulty at Owenbeg

Loreto led by 0-6 to 0-5 at half-time, when the feeling was that Donaghmore would be able to make hay with the aid of the stiff Sperrin breeze at Owenbeg, but it was the Milford students who excelled in the second half.

Matthew McLaughlin hit four points for Loreto, who left indebted to goalkeeper John Matthews, who pulled off a stunning save with the last action of the game.

Hugh J Cunningham’s free brought Donaghmore to within three points but, with time running out, the Tyrone outfit needed a goal.

Conor Cush had a go and, momentarily, looked set to draw the game and force extra time. From somewhere, Matthews managed to reach out to his left and divert the ball around his post.

Loreto breathed a sigh of relief that within seconds became a roar of ecstasy.

It was late in the first half before Loreto took the lead for the first time. Shane Black, taking a receipt of a McLaughlin pass, drew them level at 0-5 apiece before Kyle McFadden soared over off the outside of his left boot.

Donaghmore looked the sharper early on with Ben Donnelly, Cush, Daniel Muldoon and Cunningham giving them a 0-4 to 0-2 lead in the 17th minute.

Matthews did well to turn over from Cunningham, who might have hit a goal.

Loreto hit back as McLaughlin polished off a move involving Eoin O’Donnell and Liam McAlary.

Cunningham might have struck gold for Donaghmore with the last kick of the first half, but riffled wide from close range.

Ben Donnelly put Donaghmore 0-7 to 0-6 in front seven minutes into the second half – but, again, the net should have bulged.

Loreto had missed frees by McLaughlin and McFadden either side of the break, but O’Donnell tucked over and McFadden went for a point with the possibilities opening to restore the Loreto lead.

McLaughlin, McAlary and Ethan Cullen, with a fine effort from the right-hand side, opened up a four-point lead, but the Loreto fingernails were shortened in those closing moments, when Matthew flung to the rescue.

Cloughaneely have too much for Glenswilly to...