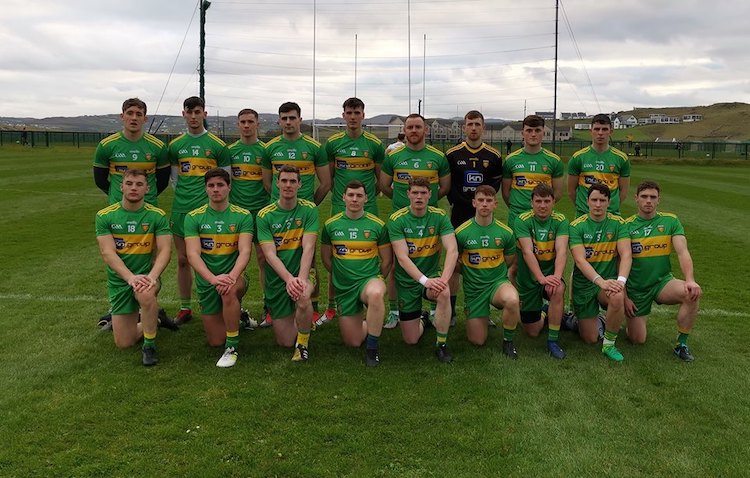 Declan Bonner has challenged Donegal’s young guns to take their McKenna Cup chance and force a way into his plans.

Donegal begin their McKenna Cup campaign on Sunday when they face Queen’s in Sean MacCumhaill Park with group games to follow against Down and Cavan.

With several of his experienced players not set to return until the League and the Gaoth Dobhair contingent unavailable as they gear up for an All-Ireland club semi-final in February, Bonner says the competition offers a big chance for others.

“We’ve had a lot of young lads in the squad and it’s about time they stepped up and got some game time,” the Donegal manager said.

“We’re looking at those guys coming in. They’ll get their game time in the McKenna Cup. We have a lot of youth in there, but it’s all about building towards the National League.”

After a big win over Sligo pre-Christmas in a challenge game, Bonner’s squad defeated a Donegal 2012 Select in Downings this afternoon.

Lorcan Connor hit 1-8 in a 2-26 to 1-11 win and Bonner added:  “The message I hammer home is that every training session, every game, every gym session we look at the attitude, the desire and the want to improve and to learn.”