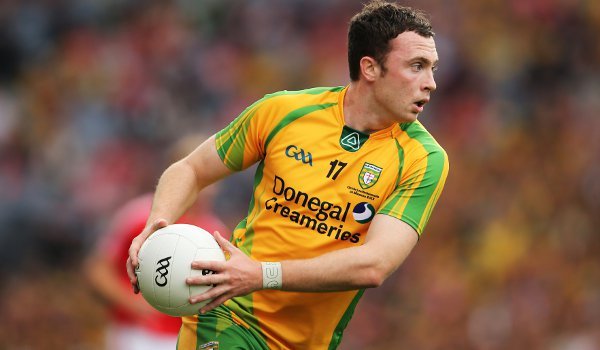 McElhinney, who was man of the match in Sunday’s win over Down in Newry, will line out in Tir Chonaill’s McKenna Cup clash with Cavan in Ballybofey.

Donegal will guarantee a semi-final spot if they avoid defeat to the Breffni.

McElhinney made his first Donegal appearance as a sub in the 2007 McKenna Cup against UUJ – the same day as Michael Murphy first appeared for the Donegal seniors.

The two had been team-mates on the UIster Minor-winning side in 2006 and made their SFC bows in 2007 in a qualifier against Leitrim in Carrick-On-Shannon.

It took McElhinney some time to make a mark but, under Jim McGuinness, the St Michael’s ace soon became a regular. He was one of the most used players under McGuinness, featuring in all bar four League and Championship games in the Glenties man’s four-year spell.

McElhinney had an injury-ravaged 2018 when his Championship game-time was limited to 17 minutes in the Super 8 defeat by Tyrone in Ballybofey.