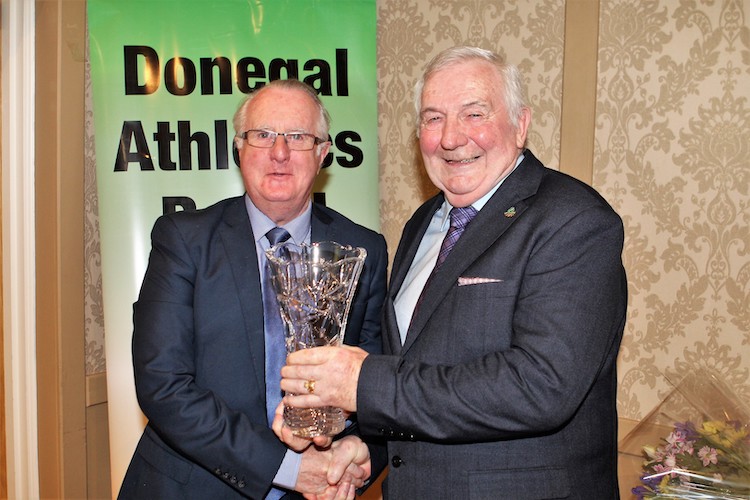 O’Callaghan, a member of the Finn Valley AC, joined Cyril O’Boyle, Hugo Duggan and Danny McDaid in the Hall of Fame.

Finn Valley’s Sommer Lecky, who won silver at the World Junior Championships and gold at the Irish Senior Championships, won both the junior and senior awards – the first time ever this has happened.
Brendan Boyce, James Kelly, Ciaran Doherty and Noreen Bonner were the other big award winners.

Additionally, each club nominated four athletes who contributed to their success at over-16 and under-16 categories.

The awards ceremony was held at the Finn Valley Centre.