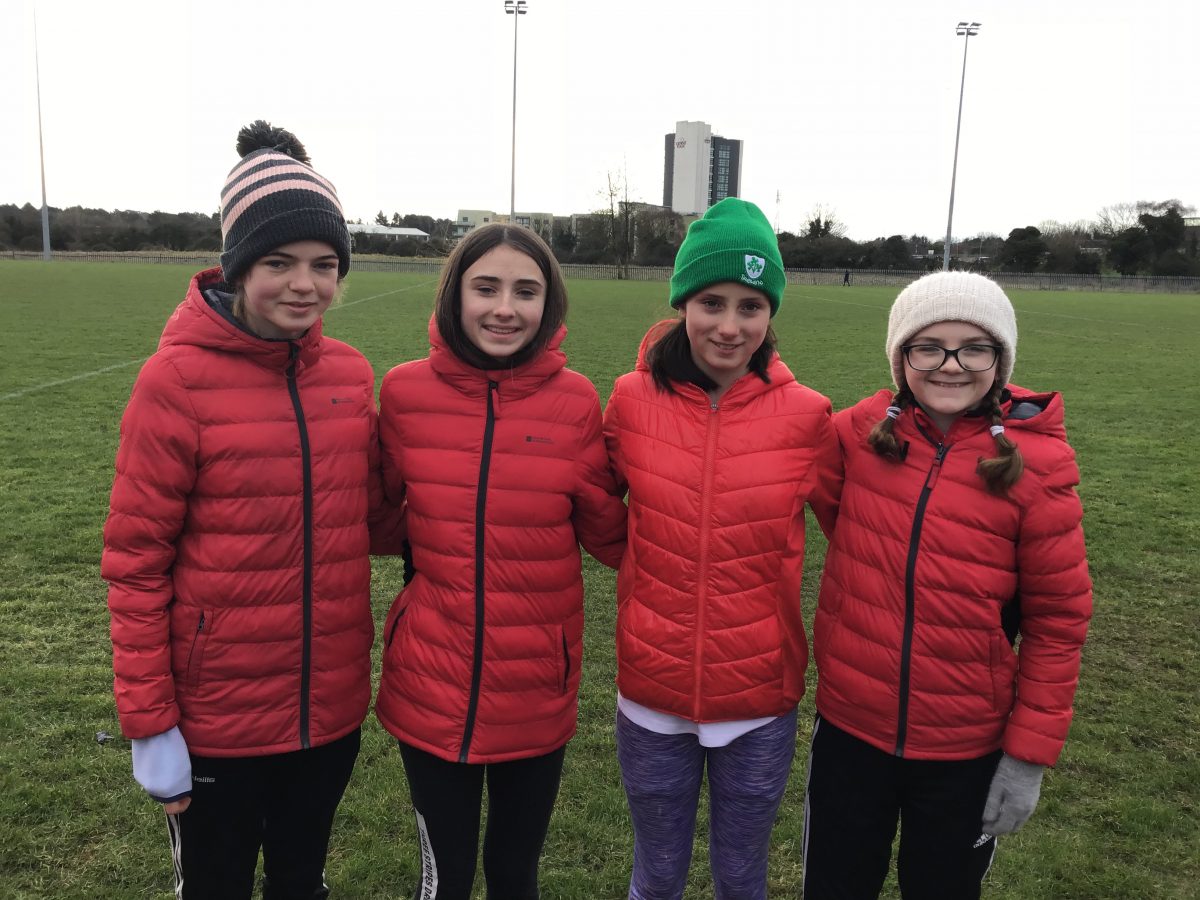 On what was a frosty morning, Cranford’s U11 girls took to the field in the first race where both Cliodhna McBride and Karen Neely got off to a good start on what was one lap of this 1,000m course.

Cliodhna came home in a very respectable 32nd place finishing well up the field followed home by her teammate Karen.

The U11 boys were up next with Michael Moore and Killian Caldwell both running a very good race finishing in the middle of this large field of athletes.

Race of the day for Cranford AC was the Boys U15 with Oran McMenamin being our only athlete.

This race was over a distance of 2,500m and Oran got off to a fine start where five athletes broke away from the rest of the field with seven more in the chasing pack this race was between these two groups, but with one lap to go Oran took to the front and battled hard with 300m to go it could have been anyone’s race.

With Oran giving it his all he came home in 7th place earning himself an individual medal – great running from this young man and one to watch in the future.

Cranford had one team qualified for the Inter-Club relays which was our Girls U14 where each runner had to run 500m.

Joycelene Diver was our first leg runner and had a fine race handing the baton over to Clodagh Neely who dug deep and put in a good performance handing over to Nazara McFadden who put in a great run handing over to Teresa Mullen running our last leg, with a bit too much to do for medals, came home in a respectable 5th place.

This is the cross country over for another year. We would like to thank all our coaches and parents who travelled and helped out on the day. We look forward to the Indoor season ahead.

Training continues on a Tuesday and Thursday evening in Downings at 6.30 new members welcome.