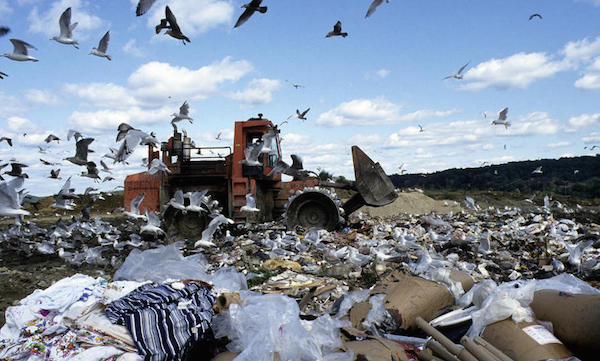 As investigations are underway into allegations of illegal waste materials being brought into the Fanad Peninsula for disposal, Gardaí and the Council’s Environmental Section have swooped on a location about a mile north of Portsalon.

In the ongoing investigation Gardai and Council officials are appealing for information about the suspicious movement of trucks during the hours of darkness since the middle of last year.

It is understood the authorities visited a site near Portsalon area after receiving reports of rotting waste materials over the weekend.

On foot of these reports, Gardaí and Donegal County Council moved swiftly and put a surveillance operation in place to monitor the scene. Then on Tuesday afternoon it was reported that a substantial Garda operation on the site was backed up by the Council’s Environmental Section.

Supt. David Kelly told the Tirconail Tribune this is a joint investigation in collaboration with Donegal County Council and he stressed that this is a very serious issue that they intend pursuing it to a conclusion in an all-out effort to establish the full extent and impact of the alleged dumping.

He said it would not be appropriate to comment further because the investigation is ‘a work in progress’ and there are many other aspects being followed.

However, it is understood the authorities have at least one definite line of enquiry on their radar.

Garda have requested the Tribune not to reveal any further details of other sites under investigation because it might hamper progress in apprehending those involved.

However the main location is reported to be south of Portsalon but in a remote area.
It is reported that some of the materials were being transported under cover of darkness from as far as fifty miles away in the northern end of the county.

Both the Gardaí and the Council say that public awareness and communication of concerns are vital in this investigation.

Officials say their task of identification of the materials, the exact location and original sources along with the operators of vehicles involved is of paramount to the success of their probe.

One Council source said that unless those involved are caught ‘red-handed’ the task of prosecution will be much harder but that would not deter their work.

“Anyone with information or suspicions is guaranteed full anonymity and the public support is much appreciated and very necessary to assist.

A senior executive at the Council’s environment services said they are following a number of specific leads in this probe. He said that if Donegal with its Wild Atlantic Way status and dependence on tourism is to succeed, fly tipping must be wiped out.

“We pride ourselves on a Clean Green Image and so many community groups play a vital role in this work. Any attempt to undermine this great work is taken as a matter of the most serious concern by the Council and we are asking the public for the fullest co-operation to ensure these issues in Fanad are dealt with in the most urgent manner, he added.

A Councillor who spoke to the Tribune said this type of behaviour is completely reckless and most likely is more widespread than had been anticipated.

The Cllr. had previously identified a truck carrying offal from Galway to North Donegal through his own ‘research’ and made his information known to the Council who are continuing to process their investigations.

Commenting on the issue Donegal County Council has thanked the members of the public and other sources who brought this matter to their attention and would like to encourage any member of the public who has information regarding any instance of unauthorised waste activity to call 074 91 53900 from 9am to 5pm Monday to Thursday and 9am to 4.30pm on Friday.

The statement added: “In addition, outside of the Council’s office hours or where a member of the public may wish to report an issue directly to the Environmental Protection Agency (EPA), they can make a report through the National Environmental Complaints Line on 1850 365121 or via the EPA’s “See it? Say it?” smartphone app.

These services operate on a 24 hour basis. Donegal County Council is committed to thoroughly investigate all reports received.

At this time the Council wish to also thank the 5,500 volunteers in community groups and Tidy Towns Committees who work tirelessly in collaboration with the Council in our journey to ensuring that Donegal is the cleanest and greenest county in Ireland.”