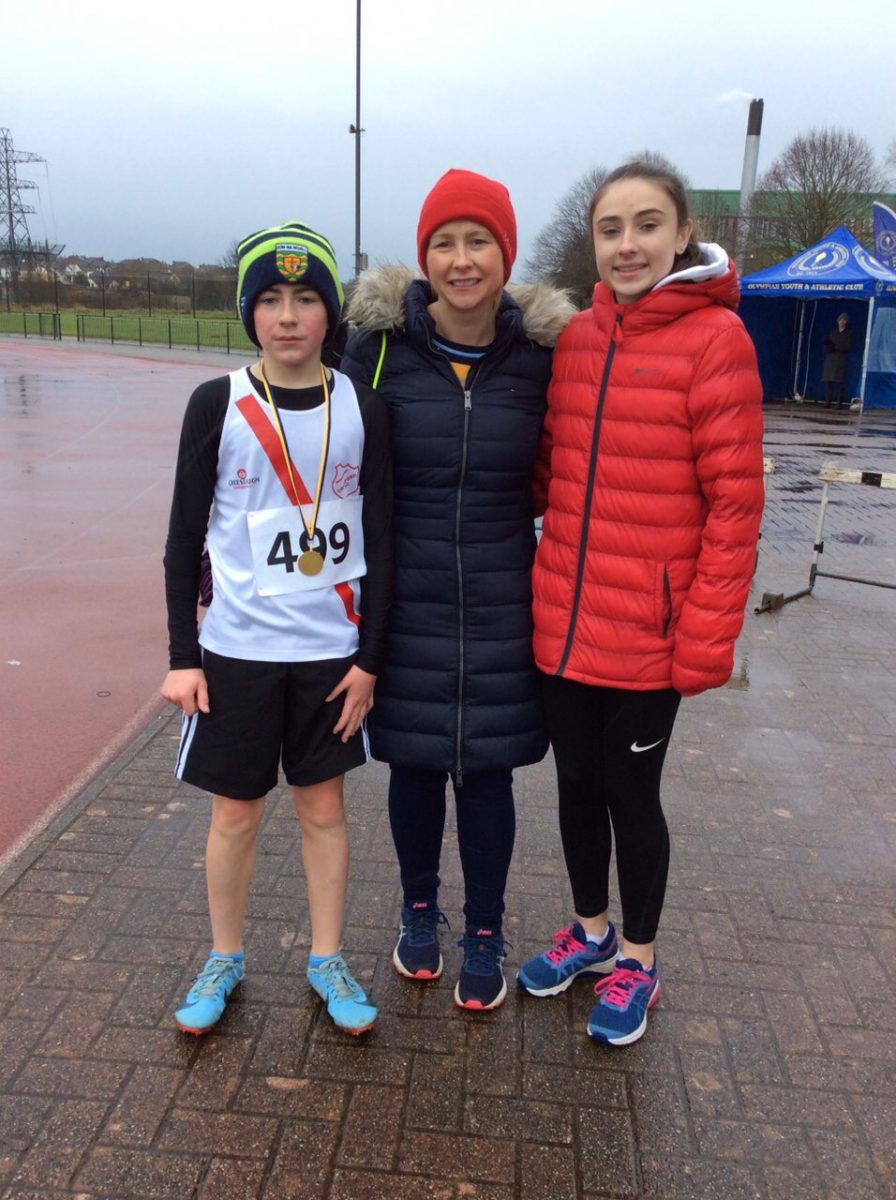 After what was a cold and very wet day, Cranford AC had 12 athletes who braved the weather and made their way to Templemore Sports Complex for Olympian AC’s winter track and field competition.

Starting off the day on the track was the U8 50m and what ended up a great start was our only U8 of the day, Faolán Caldwell, picking up a silver medal. He later went on to pick up a second silver medal in the 200m.

Kicking off the field events was our U11 athletes Cliodhna Mc Bride and Killian Caldwell in the long jump. Both athletes picked up a bronze medal each in this event with both athletes also having a great race in the 600m and Cliodhna securing herself a gold medal.
Adding to the gold medal collection we had Nazara McFadden running in the U15 60m having a great race to pick up gold as well as her brother Caolan McFadden running in the U13 600m with company throughout the race on his left shoulder but making a break for it up the finishing straight to cross the line in first place and take the gold.
Oisin Kelly was today adding to his collection of gold medals when he ran in the U16 1500m in trying conditions to claim first place, running along with club mate Oran Mc Menamin after a fantastic race last week claimed today’s third position and picking up a bronze medal.
Odhran McGroddy showing his determination today with a great race in the 60m to miss out on the medals but made up for it in the 500m to finish in third place and collect a bronze medal.
Daithi Canon was competing in the U12 boys today having a great race in both the 60m and 600m missing out on medals.
Cranford AC were delighted to have a few of their new athletes competing today in their first race on such a miserable and wet day.
Competing in the U9’s we had Lorcan Boyce, Olivia Curran and Aimee Bassett braving the conditions but showing great spirit and competing really well in their races to just miss out on medals.
Cranford AC: Athletes brave bitter weather for winter track and field competition was last modified: February 15th, 2019 by Shaun Keenan