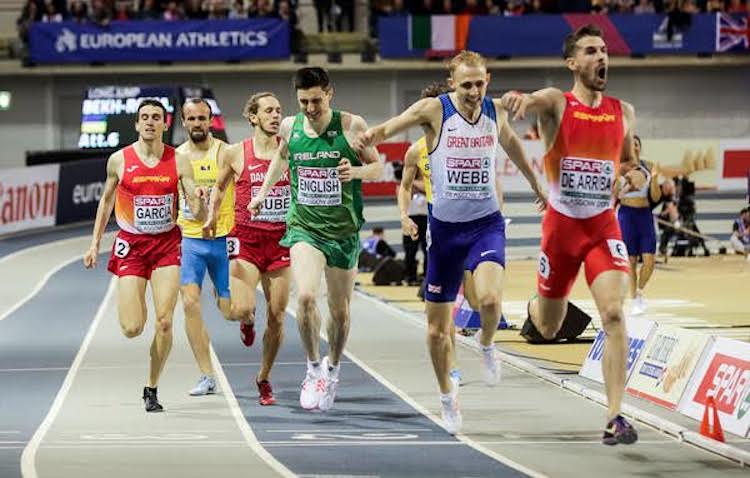 Mark English proved that he’s back to his best as he took bronze at the European Indoor Championships in Glasgow – and here’s how he did it.

English darted for the line as if his very life depended on it – and the Letterkenny man finished in third.

The 25-year-old added bronze here to the silver medal he won at these Championships in 2015 and the European outdoor bronze from 2014.

The race was won by Álvaro de Arriba from Spain while Britain’s Jamie Webb left with silver.

Here’s how the race unfolded…

It is a bronze medal for Mark English in the 800 metres at the European Indoor Championships #RTEsport pic.twitter.com/soHvuBGwSp