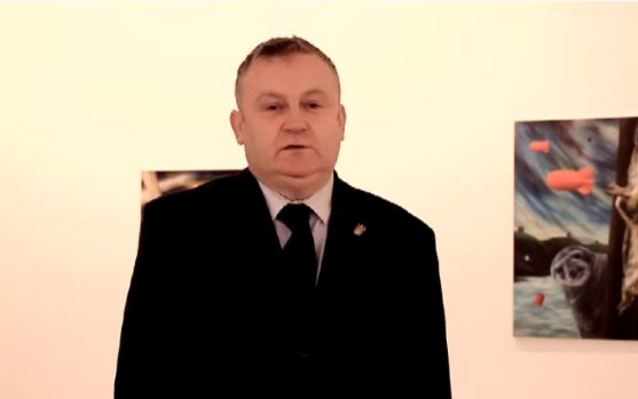 Shock and sadness at passing of Dessie Larkin

There is widespread disbelief and a huge sense of loss following the death earlier today of former councillor Dessie Larkin.

The popular Letterkenny man passed away at his home close to Newmills on the outskirts of Letterkenny.

Mr Larkin, who was aged 49, was married to wife Mary (nee McCool) and the popular couple had four children.

He followed in the footsteps of his father James and both always had the good of their hometown at the fore of everything they did.

Mr Larkin also worked in the old UNIFI factory in the town and was also Letterkenny Town Centre manager before running a pub in recent years.

He had also returned to college to further his education.

Tributes are flowing in for Dessie who was also a keen sportsman and was an avid follower of his beloved Liverpool FC.

People across the Cathedral Town are today shocked by his sudden passing with most greeting the news with a genuine sense of disbelief.

A firm family man, Mr Larkin could often be seen walking from his home in GLenswilly accompanied by his loving wife Mary into the town he loved so much.

The staff of Donegal Daily would like to pass on our deepest condolences at this time to Dessie’s family.

His funeral arrangements have yet to be finalised.