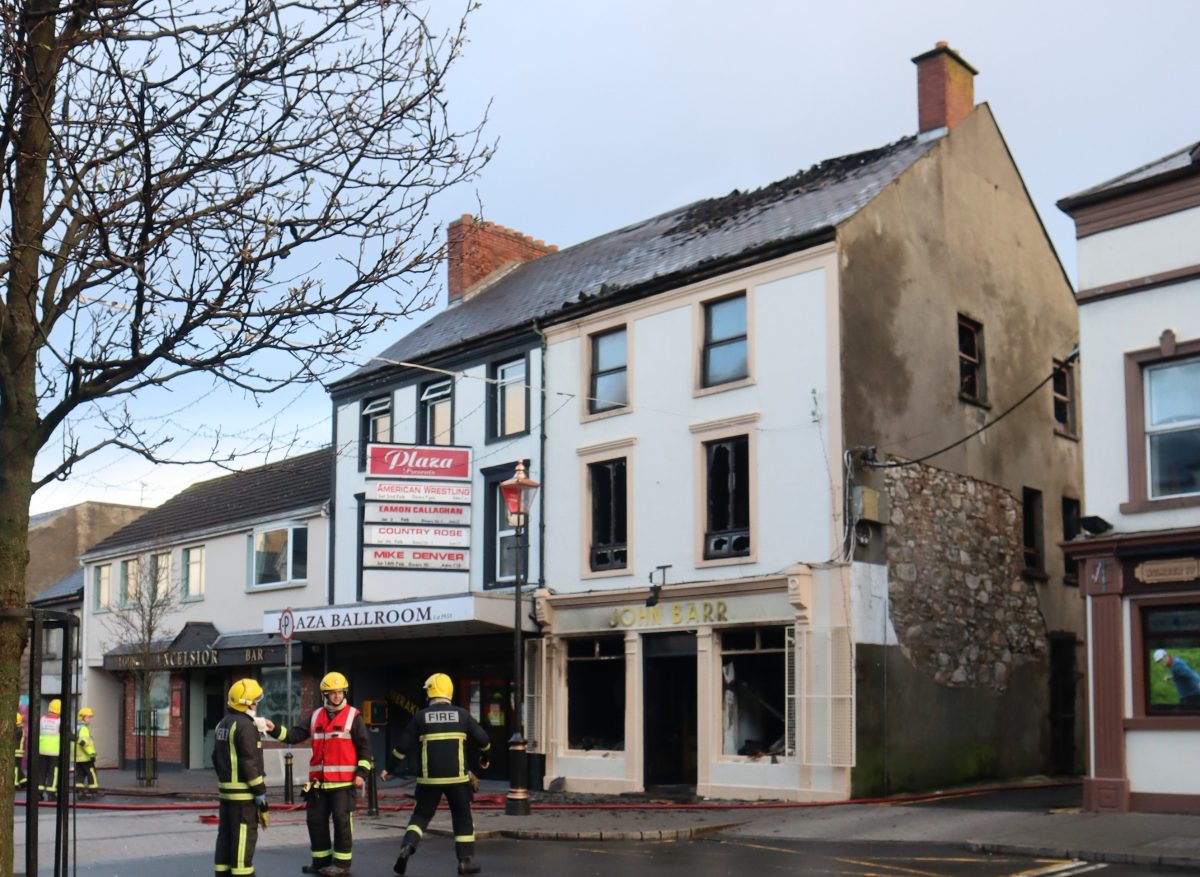 Business owners and local residents in Buncrana are suffering due to a section of the town being blocked off after last month’s fire.

Barricades remain at the Ferris Lane junction on Main Street following the major fire which destroyed The Plaza ballroom and John Barr’s shop.

Inishowen Sinn Féin Councillor, Jack Murray said: “Both myself and Senator Pádraig Mac Lochlainn have been regularly contacted by local residents and business owners who have become extremely frustrated with the duration of the closure of the Ferris Lane junction.

“Businesses are suffering and people’s livelihoods are being put at risk. A huge section of the population of the town, based around Marian Park and Maginn Avenue, is also inconvenienced when walking to the Main Street.

“In large urban areas, alternative safety measures are employed. Both Pádraig and I have requested that the potential for a scaffolding tunnel – which protects pedestrians from falling debris but doesn’t impede their journey – is investigated and installed.

“People have now been patient for far too long and this extremely important junction must be opened up.”