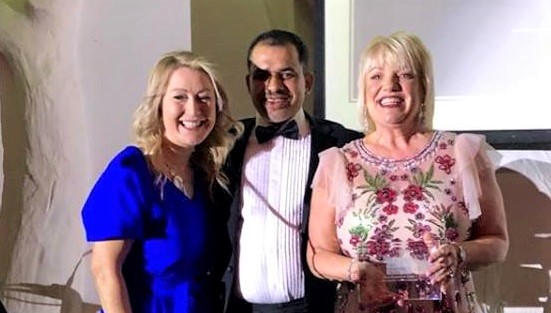 Monday’s event in Dublin saw four Donegal Town businesses and one Letterkenny team being recognised for their quality  food, service and achievements.

Over 300 industry professionals attended the event to see which establishments stood out from the rest.

There were 28 accolades presented to the deserving winners.

The biggest local victors were Chandpur Restaurant in Donegal Town (pictured above), who won two titles – Best Restaurant Team and Restaurant of the Year Borders.

The Silver Tassie Hotel crew claimed the Hotel Team of the Year prize.

Located just down the road, the Reel Inn earned the title of Pub/Inn of the Year Borders.

The Irish Hospitality Awards 2019 was hosted by the best-selling author, Andrea Hayes.

The winners, who are chosen by members of the public, are a true reflection of the hard work, quality and impeccable customer service that is offered in the hospitality industry. The awards also showcased those individuals who continue to thrive and whose excellence has led them at the forefront of the industry.

A Spokesperson for the Irish Hospitality Awards 2019 said: “The hospitality industry has grown significantly over the years and this has introduced new challenges to the professionals who work within the sector.  The customer expectations have been increased but these winners are the experts in meeting their customers’ needs and demands in the best possible way.”

The Master of Arts in Accounting at...

Another case of Covid-19 has been confirmed...

One week since last Covid-19 death in...