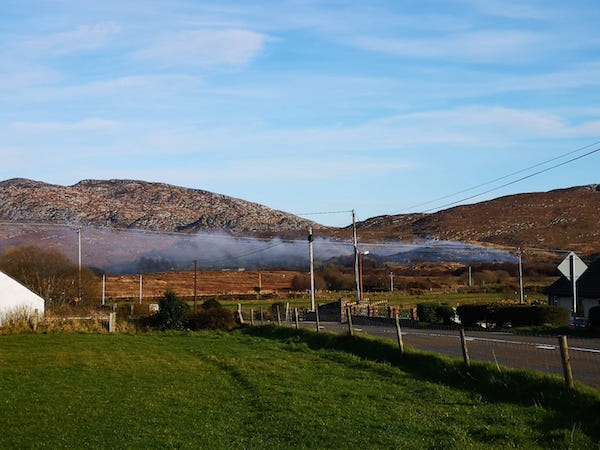 A gorse fire has broken out on the outskirts of Creeslough.

Members of the fire service are at the scene of the blaze which is two kilometres outside of Creeslough on the Letterkenny side.

It is not known how the fire started but firemen are working to bring it under control and stop it spreading.

The fire comes after three days of dry weather.

The fire service has issued a warning to the public not to discard cigarette butts or anything else that could cause a fire to start.