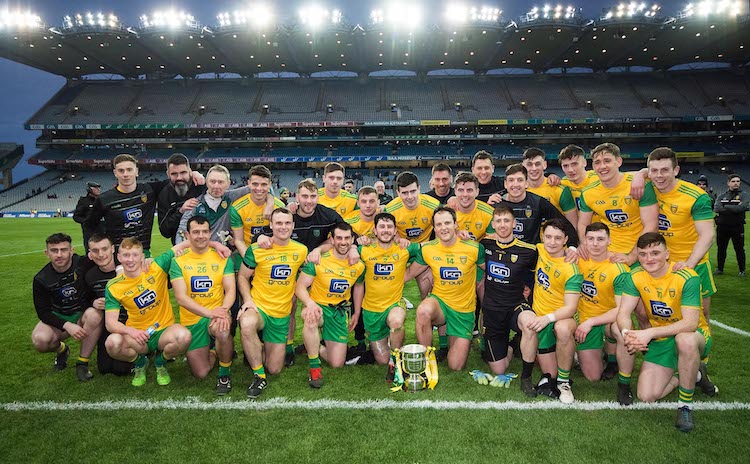 Listen: “We knew we’d get it back” – Donegal defender Eamonn Doherty

Doherty was sent on as a half-time replacement, at a time when Donegal trailed the Royals by five points.

Earlier, Donegal were eight behind and Doherty’s introduction, to mark Cillian O’Sullivan, was one of the telling switches.

“I marked him earlier in the League so I knew he was dangerous,” Doherty told Donegal Daily/Donegal Sport Hub.

“He got away from me one time and I had to foul him. I knew going in that I had to do the job.

“I don’t think anyone panicked. We knew we weren’t playing well.

Donegal led for the first time in the 57th minute when Jamie Brennan fired home a goal and they were able to close out for a 1-17 to 1-15 win.

Doherty said: “We knew that we had it in us. When Jamie got his chance, he took it beautifully.

“We knew we’d get back into it and we managed the game very well.”

Listen: “We knew we’d get it back” – Donegal defender Eamonn Doherty was last modified: April 1st, 2019 by Chris McNulty