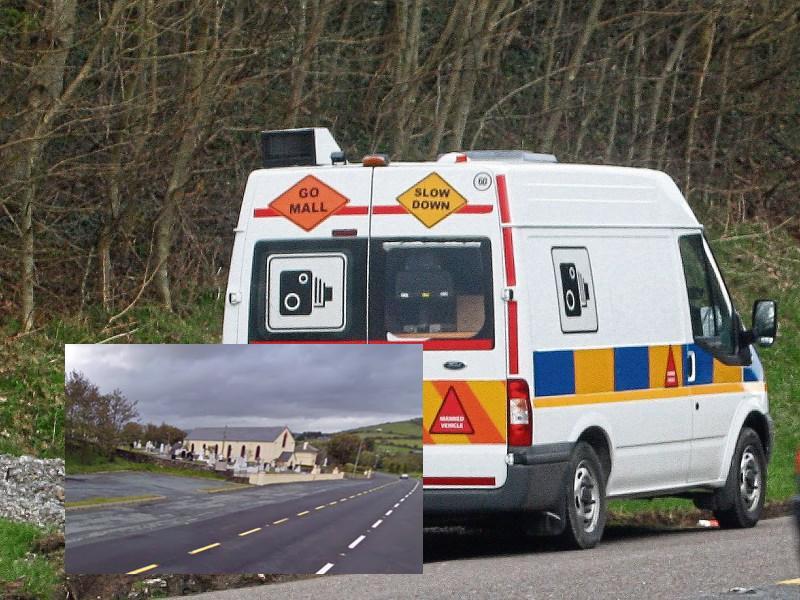 Outrage as speed vans operate outside churches during masses

The Chairperson of the Joint Policing Committee (JPC) is to write to the correct authorities to recommend that Go Safe Vans refrain from sitting outside churches across Donegal.

Mr Trearty said a van had been sitting outside of St Columba’s Church in Termon during a month’s mind for Chairman of Termon GAA Club, Danny O’Donnell, in February.

Expressing his annoyance at the situation, Cathaoirleach of Donegal County Council, Cllr Seamus O’Domhnaill, said the issue had also been brought to his attention.

He said: “It is not nice for people who go to the church or the cemetery to see the van there and we as a committee need to desist of vans of that nature parking outside a place of worship.

“The van was parked in the middle of the car park and it was most insensitive to the visitors of the church, especially during an occasion of a month’s mine,” O’Domhnaill added.

The Chairperson of the Donegal Council added that it was time for the JPC to ‘take action’ on the situation at hand and that the appropriate offices should be contacted.

Donegal’s Chief Garda Superintendent, Terry McGinn, agreed that the issue could be looked at further.

Concluding on the matter, Cllr McMonagle said: “I will look at the issue and it will be dealt with appropriately and I will write to the appropriate officials in due course.”