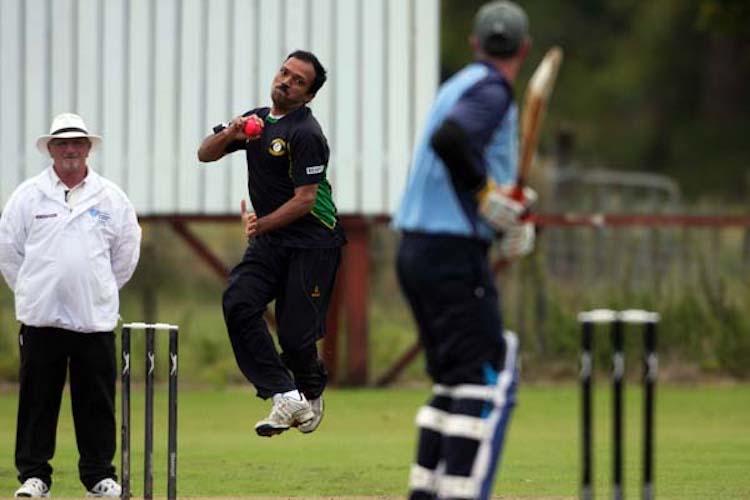 History will be made next month when a new Letterkenny Cricket Club takes to the creases of the North West Cricket Union.

The Letterkenny team will play this season in the Derry Midweek League – and will have a tasty derby against St Johnston to look forward to!

The club was the brainchild of a number of Letterkenny-based cricket enthusiasts including Rammohan Goud, a senior player with St Johnston.

“We are working off a model where the best players will go to play for St Johnston, but we have a lot of guys who want to play in other Leagues,” he says.

Goud heads up a group who play in locally-organised Leagues – an indoor league at the Aura and an outdoor league played behind St Eunan’s College.

Goud says: “We have a big group who play tennis ball cricket behind St Eunan’s College. We have been playing there for around four or five years now.

“We have a lot of the Asian community, but we have a lot of people now from schools coming to us who want to see what cricket is about.  We reached out to the schools to help build a platform.

“We wanted to develop a strong base and now we have almost 100 taking part.”

Letterkenny will play only in the Midweek League for now, but hope to grow their base.

Goud, who hails from India, arrived in Donegal having been based in South Africa for work.

Goud says: “A friend, who was in Pramerica, called me and said: ‘Why don’t you come here? There is a lot of cricket in the area.’

“So, I came to work in Pramerica. I have had a really good time here and the people here are like a family now for me.”

Goud has been a mainstay of the St Johnston and remains central to the Saints’ attack with bat and ball.

He says: “The standard of the Premier Division is really good and the Championship is fairly good. I can see now the youth structure is developing and in the next three or four years it will be really competitive.”

Letterkenny start their sojourn on May 22 away to Fox Lodge and they host Burndennett at St Johnston on June 5. All eyes will be on the clash of Letterkenny and St Johnston at the Railway Road on June 19. The Donegal clubs have also been drawn together in the Midweek League Cup in a game pencilled in for Wednesday, July 17.

The big aim for the Letterkenny club is to find a permanent home.

Goud, who will continue to play for St Johnston, says:  “Our idea eventually is to get a ground and a base in Letterkenny.

“That will be much better to save from people traveling. The basic idea is to get a ground in the next couple of years so we can use that to promote cricket to a big pool of players.

“Even if someone had a ground we could lease, we would love to speak to people.”.

Prospective players can join the indoor league, which takes place on Saturday mornings from 9-10.30am at the Aura Leisure Centre. The outdoor league will be held on Sundays from the second week in May at St Eunan’s College from 8.30-11am.