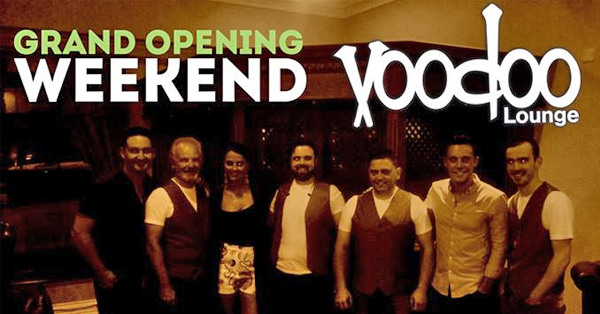 Voodoo Lounge, Tessie’s Bar and The Downtown officially opens its doors this coming weekend with a monstrous entertainment lineup guaranteed to wow Letterkenny’s many music lovers.

Things kick off Thursday evening at 11pm when the Legendary ‘Off The Cuff’ hit Voodoo Lounge’s main stage for a high octane unmissable performance.

Make sure you get down early on Friday as Voodoo are hosting their Official Opening Party with complimentary champagne and canapes from 8pm followed by Voodoo Lounge resident DJ PK and headline act Red Alert. 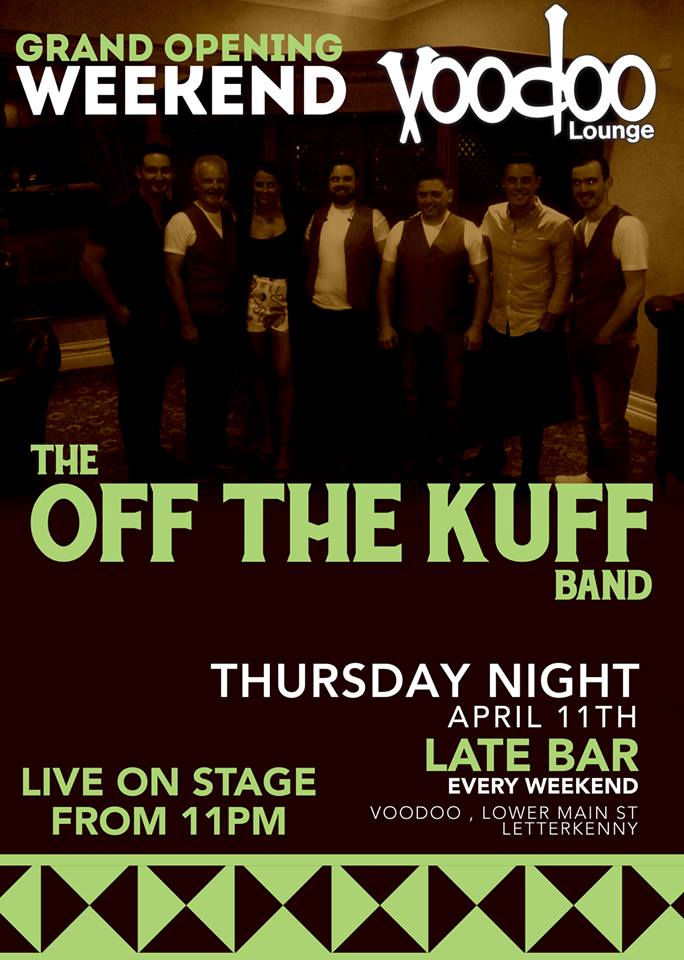 The party just gets better and better!

On Saturday night, DJ Kevin Lennon fires things up once again from 10pm then yet another unmissable performance awaits, this time by 4 piece Offaly based cover band Project 37.

Finally, the weekend draws to a dramatic close with a marathon of musical entertainment starting at 6pm when Martin Orr and the Honky Tonk Heroes launch things followed by Donegal favourite David Craig and his Band with the song player from the Island DJ Tubbsy finishing the celebrations off in style. 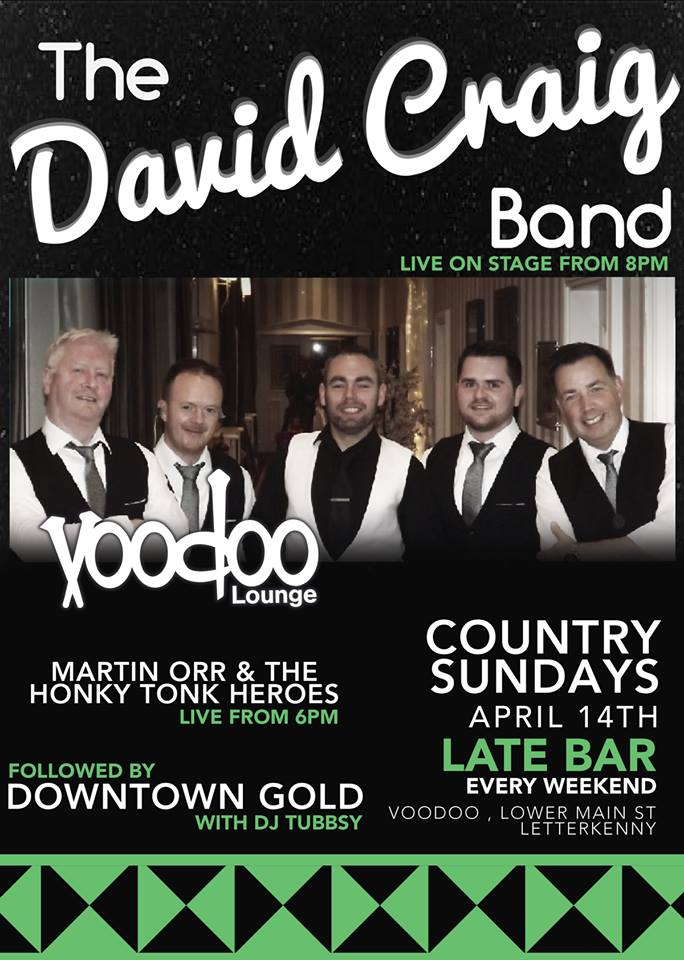 Customers will also be in with the chance of winning a coveted St. Eunan’s GAA House Draw Ticket!

“Over the course of this special weekend we will be giving all our customers the chance to win a house!!!! 10 tickets have been purchased for the St Eunans Prize Draw where a house can be won, be in any time over the weekend to enter the draw for the tickets and we will be drawing 10 lucky winners from 8.30pm Sunday evening,” said a spokesperson. 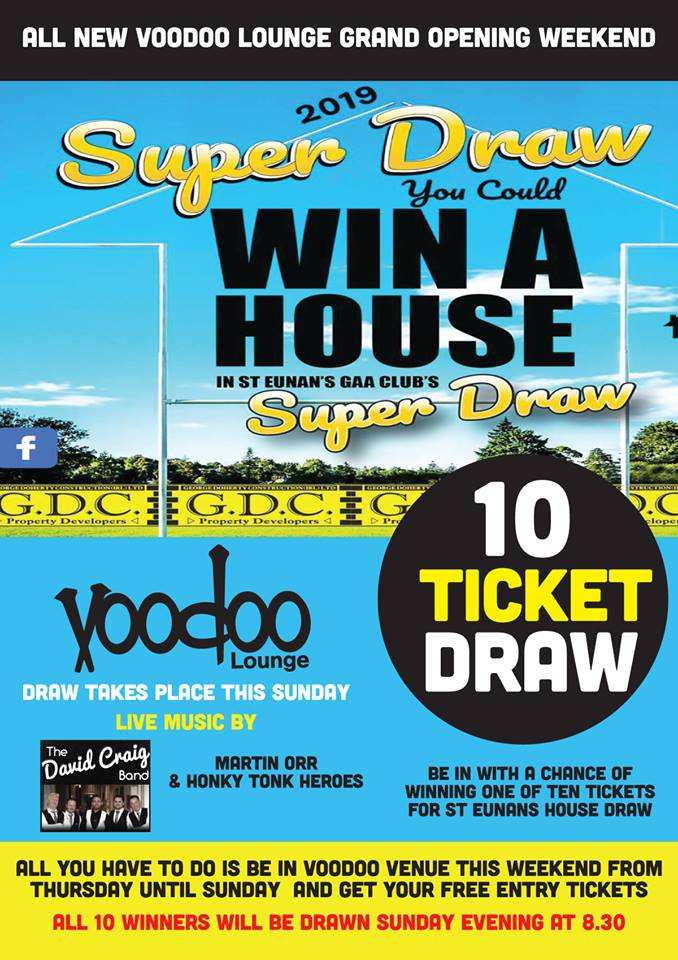 On top of this stacked weekend line up, Voodoo Venue will also be showing all the live premiership football throughout the venue.

“If you haven’t checked out the new 85in TVs and cinema surround sound yet you seriously need to. There are 5 x 85in Sony TVs plus a large number of other screens strategically placed around the venue to give the sporting fan the very best experience. We also offer a wide range of freshly made stone baked pizzas during matches and an exclusive Voodoo sport loyalty card where we will give you a drink back for every 8 you buy,” a spokesperson said.

Fancy something completely different?? This coming Monday, Voodoo will be hosting a unique Game Of Thrones screening party in the lounge, the show airs at 10pm and we will be providing customized G.O.T cocktails, popcorn and a cinematic experience that cannot be matched (Be in early to reserve a seat). 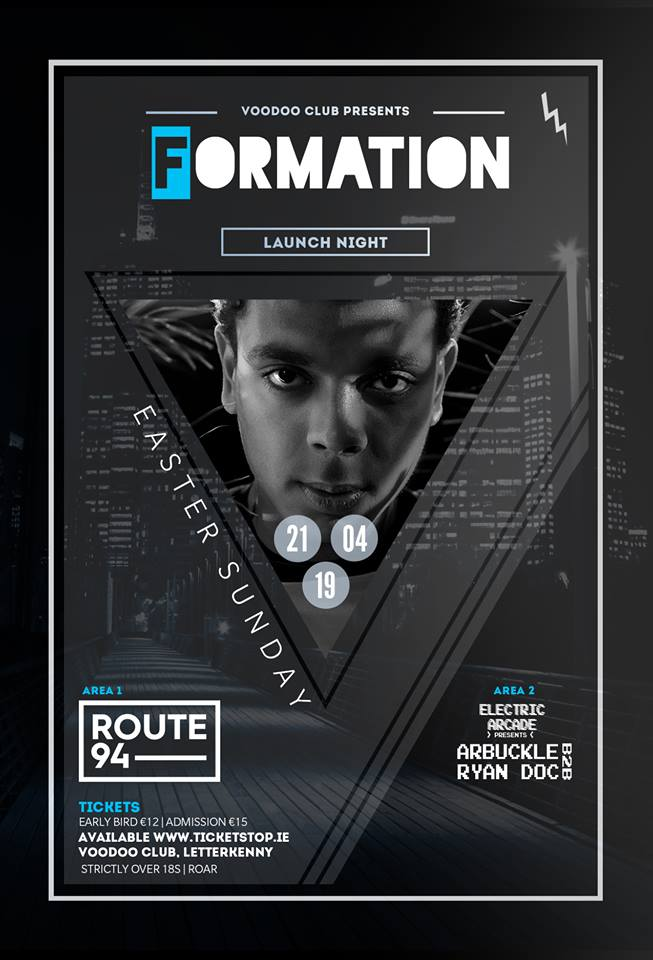 FORMATION will host some of the world’s elite House, Techno and EDM superstars!