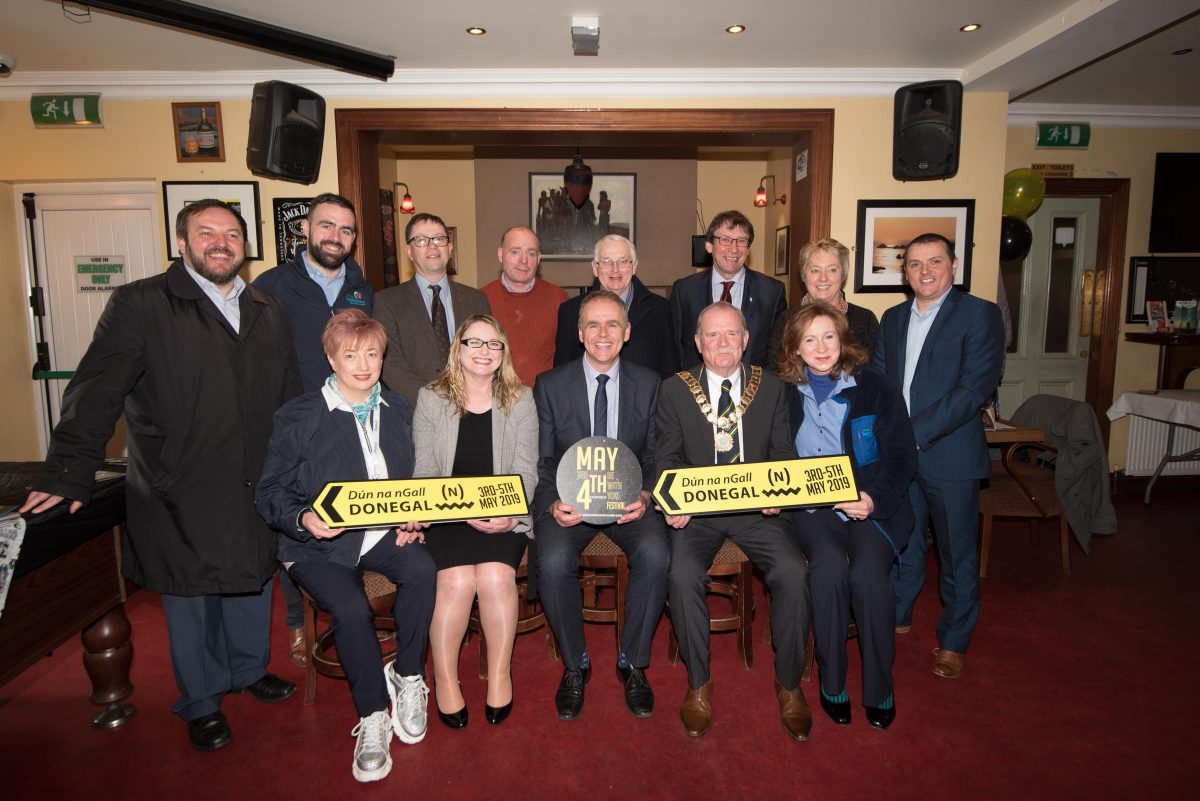 Donegal’s Inishowen peninsula was part of Fáilte Ireland programme of events unveiling for this year’s ‘May the 4th Be With You’ festival on the Wild Atlantic Way.

Celebrating May the 4th, the day when fans across the globe commemorate the Star Wars Universe, the festival includes a Star Wars themed 3km Fun Run, Yoda Yoga on the beach and outdoor drive-in movie screenings, all set against the breath-taking backdrop of the northern headlands.

Speaking about the announcement of the programme, Minister for Transport, Tourism and Sport, Shane Ross said: “The ‘May the 4th Be With You’ festival was designed to attract visitors to explore the Wild Atlantic Way, not only over the May the 4th weekend but throughout the year and the addition of Donegal as a location for this year’s festival will certainly highlight all that the North West region has to offer visitors.”

Minister of State for Tourism and Sport, Brendan Griffin said: “I’m delighted to see an amazing programme of activity in Donegal for this year’s ‘May the 4th Be With You’ festival.

“Following the success of the inaugural ‘May the 4th Be With You’ festival in Kerry in May 2018, Fáilte Ireland has worked with local communities across the Inishowen Peninsula to extend the festival to Donegal this year.

“As fans across the world celebrate May the 4th, the festival is a brilliant opportunity to promote Donegal and the Wild Atlantic Way to a global audience.”

Minister for Education and Skills, Joe McHugh said: “The decision by the makers of Star Wars to choose Donegal, and Malin Head in particular, was inspired.

“The image that the film created was second to none and now the Government is in a position to throw its weight behind a brilliant festival which will be coming to Donegal for the first time.

“This is a great opportunity for fans to be on the site of some of the most stunning scenes in the movie and to sample the best of what the Wild Atlantic Way has to offer.”

Speaking about the festival programme, Fáilte Ireland’s Head of Festivals and Events, Ciara Sugrue said: “We’re delighted to bring the ‘May the 4th Be With You’ festival to Donegal this year and we have a fantastic line up of events which not only celebrate the Star Wars Universe but the history and natural landscape of the Wild Atlantic Way.

“From boat tours exploring the coast to star gazing at the Planetarium and I’d like to thank the local tourism industry in Donegal who have worked very hard to build this year’s festival.”

Heidi Doherty, Programme Manager at Inishowen Tourist Office, added: “The ‘May the 4th Be With You’ festival is a wonderful way to celebrate the Star Wars filming location at Malin Head and it promises to be an action-packed weekend.

“Today we not only announced the programme of activity, we officially cut the ribbon on the newly renamed “R2D2”, formerly the R242.

“We are delighted to be the other bookend film location to celebrate the May the 4th Be with You Festival with County Kerry – it’s an exciting time for tourism in Inishowen and we welcome this opportunity to work in collaboration with the Fáilte Ireland.”

Following the success of Fáilte Ireland’s first ‘May the 4th Be With You’ festival in Kerry in May 2018, the festival will also take place in Malin Head, Donegal this year.

Lightsabers at the ready for Donegal’s Star Wars festivities this May was last modified: April 15th, 2019 by Staff Writer

Tags:
Malin HeadStar Wars‘May The 4th Be With You’ festival