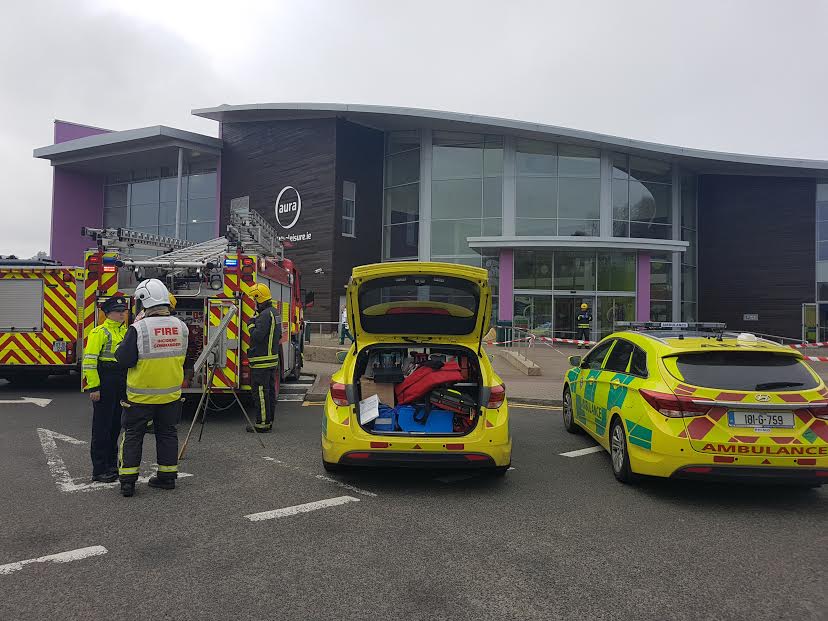 One child has been taken to the intensive care unit of Letterkenny University Hospital following an incident that forced the evacuation of the Aura Leisure Centre.

A large fleet of emergency services personnel rushed to the scene when several people, most of them children, fell ill after taking a reaction to the water at around noon.

Letterkenny University Hospital put its emergency plan in place, although a large number of people who were affected were treated on-site. The emergency plan at LUH has since been deactivated.

A handful of children were transferred to LUH, where one child has been taken to ICU and another admitted to the paediatric ward.

A statement from Aura Leisure said: “A minor incident occurred at Letterkenny Pool this morning.

“In line with our safety policy our emergency procedures were put in place immediately, and purely as a precautionary measure the ambulance services were alerted.

“We are grateful for their prompt response.

“We have no further comment to make at this time.”

The HSE has confirmed that only those who were in the pool at the time of the incident were affected.

“There was about a dozen ambulances and fire tenders and the Gardaí,” Sinn Féin Councillor Gerry McMonagle, who was at the Aura, said on NewsTalk.

“From asking and inquiring as to what happened, I was told there had been some sort of allergic reaction in the pool for the children – who were quickly evacuated by the Aura staff to a safe place and emergency services contacted.

“A number of children have become sick while they were swimming, and it seems there was some sort of reaction in the pool area.”