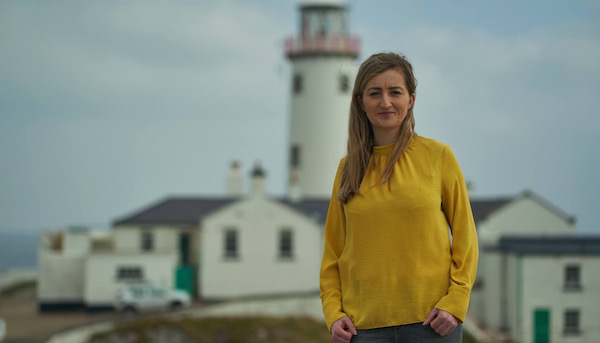 A Greenway from Ramelton to Fanad is needed to boost tourism and help create new tourism businesses along the way, election candidate Eimer Friel has said.

Friel says starting in the Heritage Town of Ramelton and going through Milford and Kerrykeel to Fanad Lighthouse should be a priority for Donegal County Council’s greenways team.

She’d also like to see the Greenway to loop around via Portsalon and onto Rathmullan. It could also branch off to take in Carrigart and Downings and the Atlantic Drive.

“It would be even more awesome as a cycling and hiking route.

“The Fanad Lighthouse is already drawing large numbers of tourists but we need more in order to create more accommodation and food businesses along the way.

“The Mulroy Drive is stunning too – being able to cycle and walk the route is key to the future prosperity of the Fanad and Rosguill peninsulas.”

“I’ve already worked on the Carrigart-Downings Greenway and I’m hopeful that the Council consultative process is a success,” she said.

“All of our Towns and villages need to be included in a Greenway for all of our people.”

A Greenway from Ramelton to Fanad is a must says election candidate was last modified: April 23rd, 2019 by Stephen Maguire
FacebookTweetLinkedInPrint
Tags:
donegalFanadgreenwayRamelton