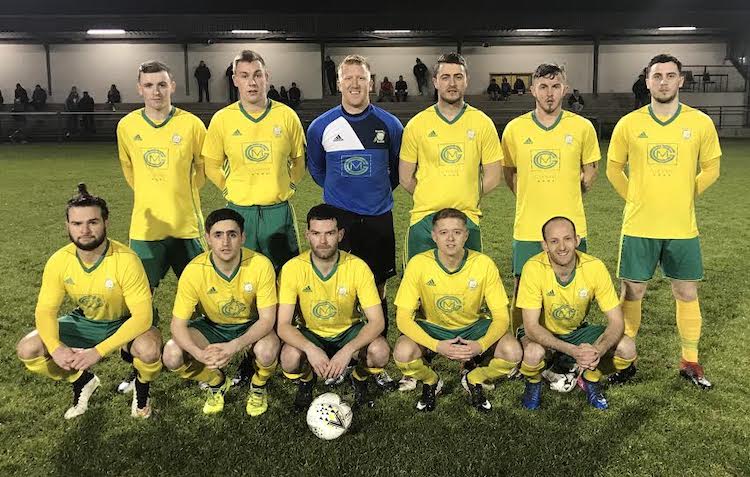 Bonagee United manager Jason Gibson has called for clarity on the Knockalla Caravans Senior Cup final after his side booked a place in the decider.

The final of the competition – organised by the Ulster FA – has been listed for May 12 for some time, but that is now the date for the second semi-final, between Glengad United and Kildrum Tigers.

There is uncertainty now for the Knockalla Cup final with the Donegal League and Inishowen League having fixtures pencilled in over the next few weekends.

“We’re looking forward to the final, whenever it may be and that’s something that needs sorted,” Gibson told Donegal Daily/Donegal Sport Hub.

“This final has always been the second Sunday of the month since I can remember. We believe that isn’t going to happen now, but we don’t want it to drag on.

“It’s not fair on our side. We play our last League game on Saturday and it shouldn’t be stretched out much further.

“I have to pencil in Tuesday-Thursday now again and who wants to play a friendly at this time of year. Hopefully they can get it sorted sooner rather than later and we can concentrate on preparing for the final.”

Gibson, who is in his first year as Bonagee boss, praised his players as they reached the final by defeating the Inishowen treble winners.

He said: “It’s fantastic. They deserve it.

“Greencastle are a fantastic side. They’re as good a side as we’ve come up against. That’s an intermediate side all day long, no doubt about it.

“For the commitment, to a man, they’ve put in all year, training two nights a week. We have only got to a final – we have to go win it now. This club needs to be in finals.”