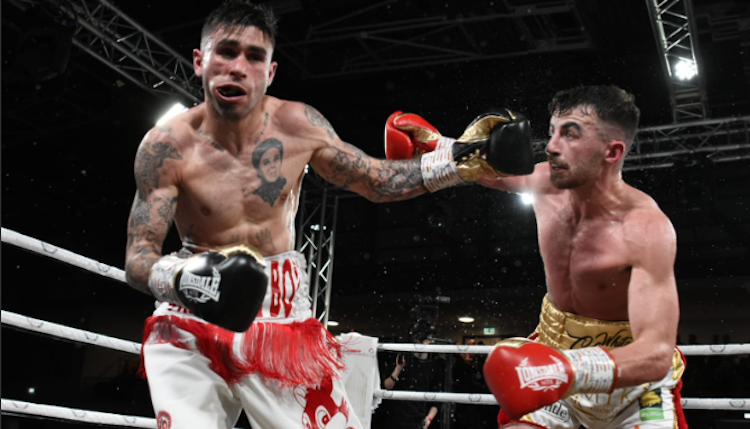 Tyrone McCullagh eased to victory over Alvaro Rodriguez last night in his first defence of his WBO European Super-Bantamweight title.

McCullagh was in cruise control against Rodriguez at the Eagles Community Centre in Newcastle.

“He was very awkward,” McCullagh, who improves his pro record to 13-0, said afterwards.

“He was very unorthodox.. Anytime I was trying to attack him, he was dipping his head really low.

McCullagh will look to be out later in the summer and a possible all-Irish bout with TJ Doheny among the mooted paths for the Glen Road man.

He said: “Hopefully that win will get me in the top ten of the WBO. I want to push on for world titles.

“I have to improve on that performance. I do believe I have the ability to fight for a world title.

“He took me down a level and the better quality of opponents I face, the better I’ll become.”

🗣 "I have the ability to fight for a world title…"@WhiteChoc90 is aiming high after a successful first defence of his WBO European title.

Watch: Reaching Ulster final would be a...