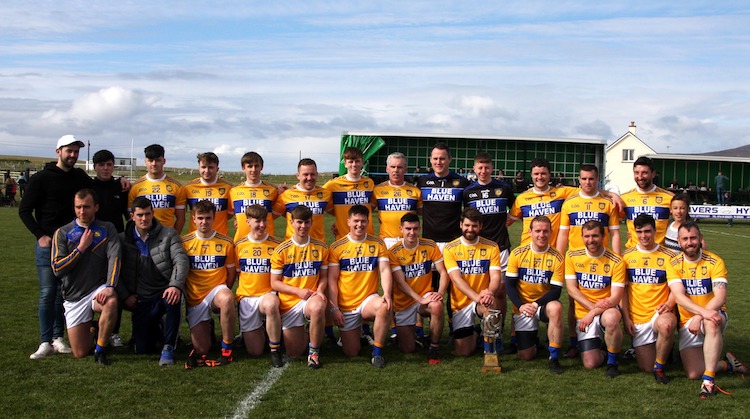 Listen: Pauric Carr confident Kilcar can stay on track in 2019

Pauric Carr is confident that Kilcar can become a force again in 2019.

After losing their Donegal SFC title during an injury-hit 2018 that saw them take to the Championship stage without Patrick McBrearty and Ryan McHugh, the Towney men have started 2019 with promise.

“It was a tough couple of days,” Carr told Donegal Daily/Donegal Sport Hub.

“We are short a good few boys, but to be fair, everyman yesterday and today showed that we laid down a marker. We’ll be here this year again.

“It’s all about building and building. We’re off to a good start. We have to keep working with what we have and push on even more.

“Three or four young bucks stepped up to the plate and showed what they’re about.

“The boys who aren’t here are under pressure and they’ll have to work hard to get back into the team.”

Listen: Pauric Carr confident Kilcar can stay on track in 2019 was last modified: May 7th, 2019 by Chris McNulty