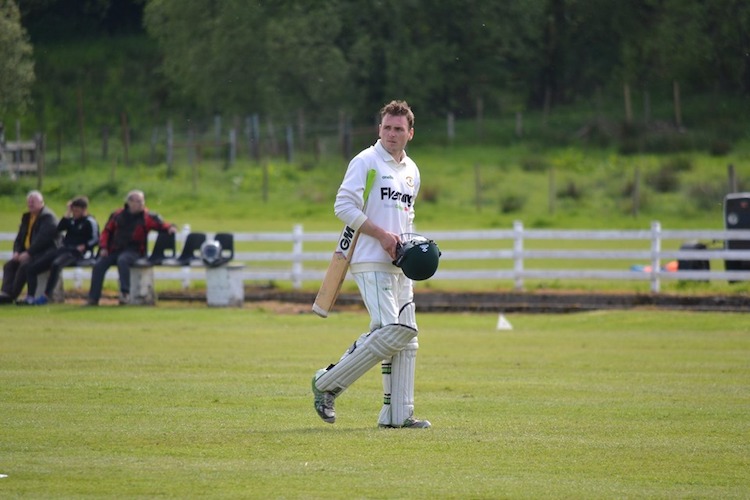 Cricket – League and Cup defeats as St Johnston get underway

written by Chris McNulty May 14, 2019
FacebookTweetLinkedInPrint

On Saturday, the Saints lost out to Ballyspallen in the opening round of the North West Senior Cup.

Graham Kennedy, with an unbeaten 57, and Adam McDaid, who went 56-not-out, ensured that Ballyspallen advanced.

In the end, Ballyspallen had eight wickets to spare as they moved onto the quarter-finals – and a game against Strabane.

On Sunday, in a Championship game away to Ardmore at The Bleechgreen, Lapsley hit a century, tallying 103 before he was put out, and captain Michael Rankin (pictured) scored 246 for the fall of five wickets.

St Johnston will have been happy with the target they posted, but Peet Pienaar made light work of a 123 haul as Ardmore reached the tally with two overs remaining.