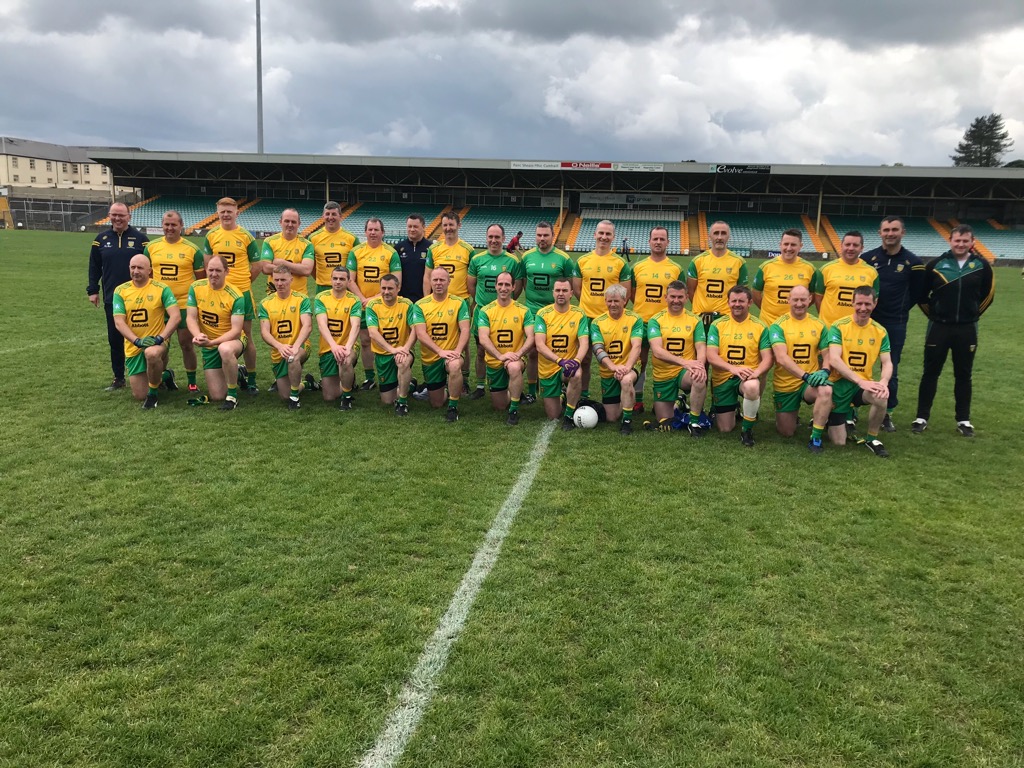 Donegal Masters beat Down to make it two from two

The Donegal Masters followed up their opening day win in Sligo with this hard-earned home victory over a good Down team that had beaten Antrim comfortable in their first match in the competition.

Not until Liam McGroarty finished off a super six-man move to open a seven-point lead could Donegal feel they had the upper hand in the third one.

Donegal had an early goal chance when John Haran burst through but hit the side-netting in the 5th minute but they then scored four points in a row without reply.

Sean Boyce got two of those and in between his scores from play, Paul Gallagher from play and Michael ‘Sticky ‘ Ward ‘s free put them 0-04 ahead after 14 minutes.

Down hit back and began to dominate around midfield resulting in them knocking over three points to leave just one in it by the 25th minute, Padraig Bradley got two of those.

Just before half-time, Donegal had a great goal chance when John Haran’s knockdown found Gary McGinty in front of goal but he blazed over the bar from only six yards out.

Charlie Collins was in McCool Park.

In warm conditions, both teams were happy to use the roll-on/off system of subs and the teams exchanged points from frees by Ward and Bradley early in the half.

In the 38th minute, Michael Canning put Donegal three ahead again with a fine score from play.

Sean Boyce lobbed over his third of the game to make it 0-08 to 0-04 in the 38th minute and three minutes later Donegal struck a vital blow when a super six-man move with John Haran as the link a was finished off in some style by Liam McGroarty’s piledriver to the bottom corner to make it 1-08 to 0-04 to the home team.

Bradley and Ward again exchanged points from frees and the visitors added two more from frees to leave five points in it 1-09 to 0-07 but Dermot Slevin’s excellent point from play moved the lead out to six points once again.

Ward pointed his fourth free to leave seven in it and Down’s last minute goal was no more than a good consolation for their efforts in this keenly contested game.

Four more games in the Group to come for Val Murray’s men but so far so good with two out of two wins.

Donegal Masters beat Down to make it two from two was last modified: May 18th, 2019 by Chris McNulty