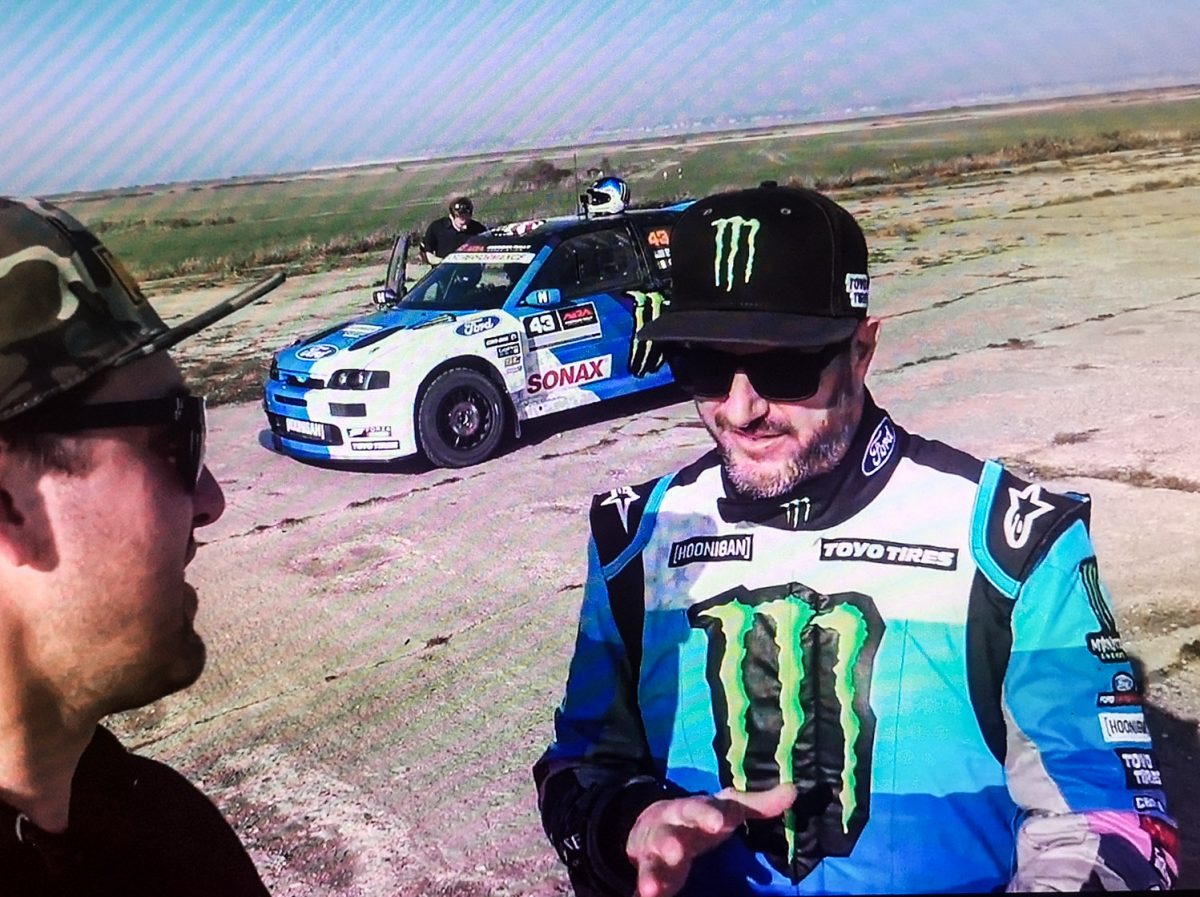 DD Motoring: The Block is on the boat

Ken Block is on his way to Donegal.

Well, his car is on the boat on the high seas sailing ahead of him as you read this.

That’s the latest word on the grapevine from across the pond this week as he continues on his world tour which includes the Donegal International Rally in less than a months time in June.

Speaking from the other side of the world earlier this month in New Zealand the 51-year-old world famous American driver said he is looking forward to getting to Ireland and getting some testing done before “the Donegal” (or Donegal as the California-born driver ace pronounced it).

Who is this guy?

Block is a professional driver with the Hoonigan Racing Team which was also known as The Monster World Team before that.

Block made his money as a shoemaker, a co-founder of DC Shoes. Over the years, he has also competed in many action sports events including Motorcross and even skateboarding and snowboarding.

Since selling his ownership of DC Shoes, Block has shifted his business focus to Hooingan Division which is a brand for auto enthusiasts.

Ken Block excited about his new car and looking forward to Donegal for the rally in June.

He is currently the co-owner and describes himself as the Head Hoonigan in the company.

Blocks entrance into Rallying came in a Subaru WRX STi in 2005 which developed into The Monster World Team and was one of first to take part in the first X Games.

Block has taken a 90’s icon, the rally proven world rally car Ford Escort RS Cosworth 4×4 and has taken it to the maximum possible within modified regulations to produce an animal of a very wide track rally car that Block will hopefully keep between the ditches in Donegal.

A view of how wide Ken Blocks car will stand on the road when it comes to competing in the Donegal International Rally later in June.

The car was build in England by MDV Motorsport. This is the second generation Cosworth Escort that the company have developed and produced for Ken Block.

In the recent rally in New Zealand, the Cosworth developed a problem with is power steering that could not be rectified on the event leaving Block disappointed at not getting seat time behind the wheel of his new car.

Block spent the week before the event testing and completing a full recce of the event only to let a very simple part of workings of the car let them down.

Describing the steering as a very new piece of technology it wasn’t possible for the team to make the necessary repairs at the event.

As we go to print this week the Cosworth is on route to Donegal which more than likely will include a trip to MDV before had to sort the steering before Donegal.

One roadblock to another

Letterkenny is no stranger to roadblocks recently with the congestion caused by the much-needed upgrade to the sewer and water system in the Letterkenny.

But even if roadworks disappear for the weekend of the rally, a road “BLOCK” of a difference will arrive in Donegal when our Ken makes his way off the starting ramp on the Friday of the rally all things going to plan.

On board with Ken Block in his Cossie 2 as he put the car through testing for Donegal Rally in June.

The Hoonigan Division has a following in the millions, 39 million was the kind of numbers that viewed the gymkhanas online.

That’s the kind of numbers that will be logged in to see Block in the Hills of Donegal in June as he pushes his Escort to the limit for the weekend.

The Donegal was won in 93′ by Stephen Finlay in the similar original group. A rally car and local driver, James Cullen, won the Cork 20 International in a more standard group version of the Ford Escort RS Cosworth.

This Escort, dubbed Block the Cossie V2, will be Ken Block’s weapon of choice for stage rallying in 2019.

Ken Block watches his dream car come to a reality for his 2019 World Tour.

He says the goal of this design was to apply a modern WRC-style aero package to the body.

Complete with 4.3-inch widened boxed fenders, some extreme wings, and an aggressive diffuser, it’s a great take on what a factory-backed Escort Cosworth rally car in the year 2019 would look like.

The engine is a Ford YB unit built by Julian Godfrey pushing out 371 horsepower, getting thrust to all four wheels via a six-speed Sadev sequential gearbox.

The Hoonigan driver announced a worldwide tour consisting of some of the coolest rally events going on this year.

Some of the events include the 100 Acre Wood Rally in Missouri, Rally Whangarei in New Zealand, the Donegal Rally in Ireland, the Goodwood Festival of Speed, Gymkhana Grid in Poland, and Rally Legends in San Marino.

The superhighway that is social media will be popping on the run-up to the rally this year with a household name like Block competing in Donegal.

Ken Block in his Ford Escort Cosworth 4X4 as he tests the car for his forthcoming World Tour which included the Donegal Rally.

Hoonigan in the Hills will be beamed out to all corners of the world which can be bad for our small county stuck up in the North-West corner of Europe.

DD Motoring: The Block is on the boat was last modified: May 22nd, 2019 by Brian McDaid