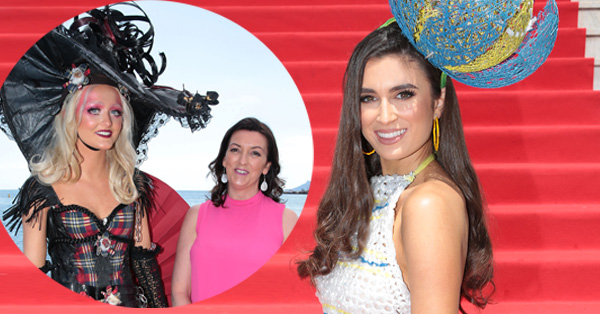 written by Rachel McLaughlin May 24, 2019
Facebook0Tweet0LinkedIn0Print0

Two talented teens from Donegal were spotted among the celebrities and film stars at Cannes Film Festival on a once-in-a-lifetime style tour.

Lara Jane Doherty from Buncrana and Bríd McSharry from Ballyshannon were among the lucky Junk Kouture winners who jetted off to Cannes to give their outfits some real red carpet exposure. 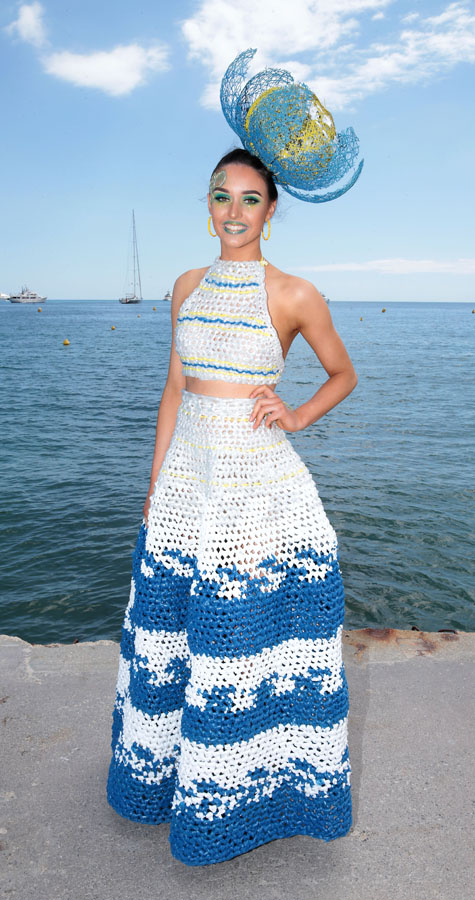 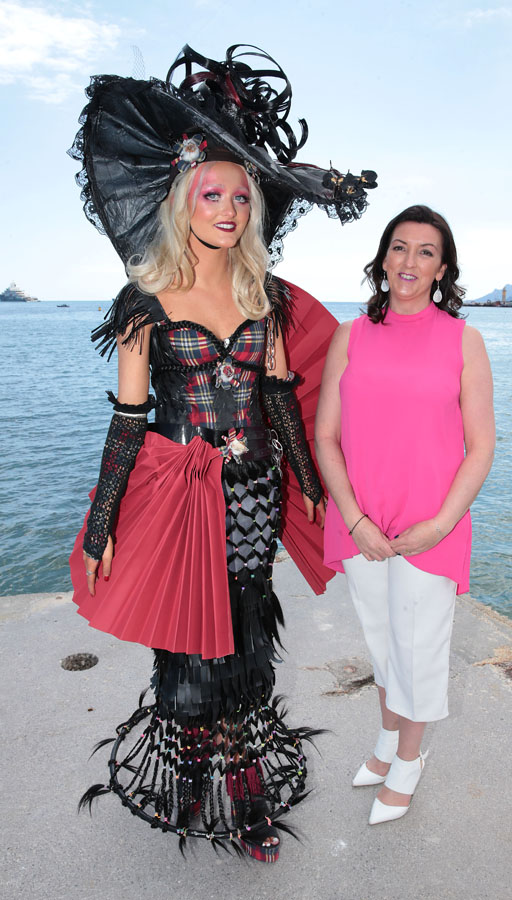 The winning Junk Kouture models and designers showcased their outfits in front of the world paparazzi on the same carpet graced by Margot Robbie, Leonardo DiCaprio, Selena Gomez and many more of the world’s biggest stars.

Lara Jane, Bríd and the other regional winners had created their designs from junk and recycled materials to impress on the national stage at the 3arena last month. As part of their prize, they won a trip to France and, much to the students’ delight, a helicopter ride to stunning Monte Carlo, renowned as the playground for the rich and privileged. 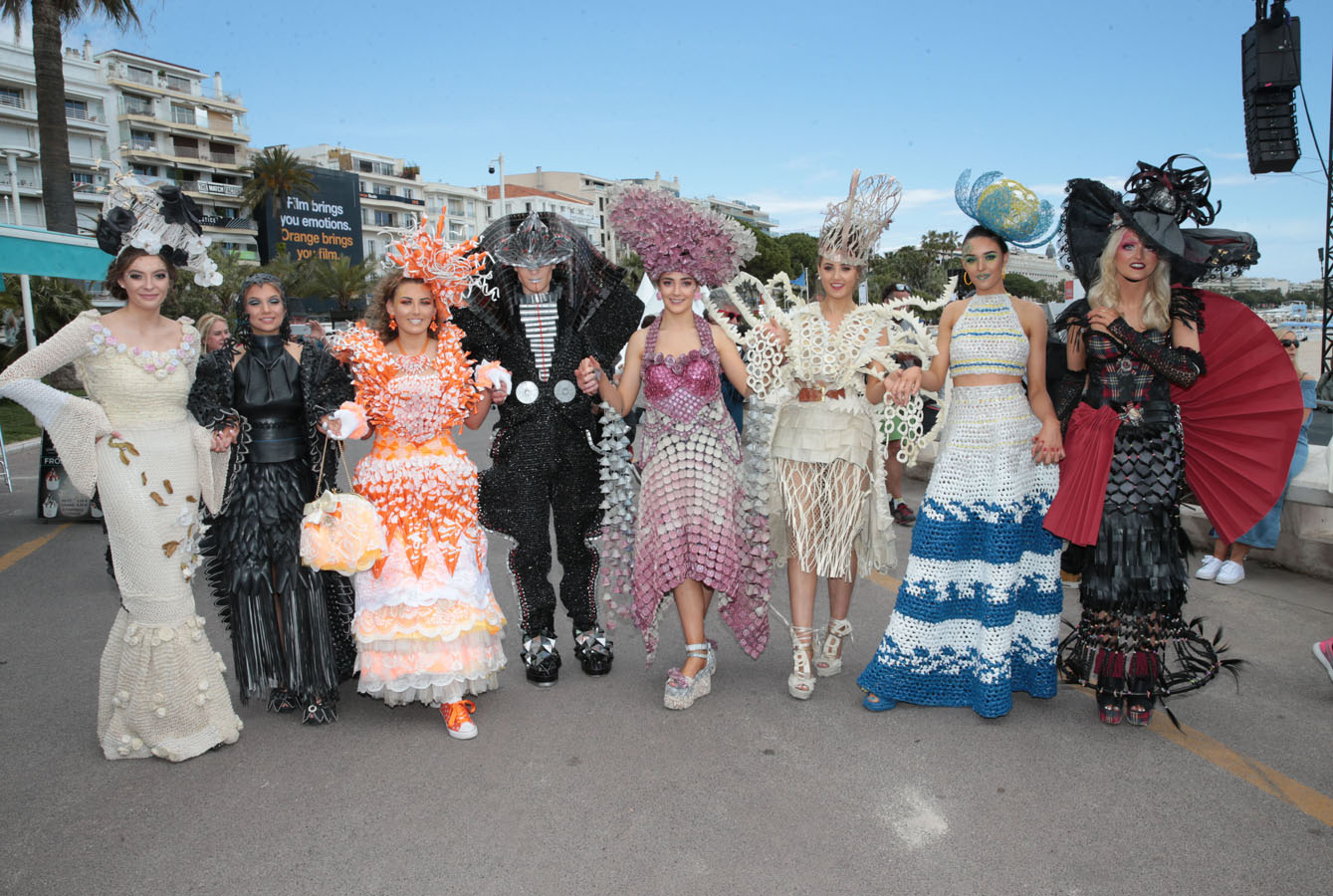 Reigning Miss Ireland Aoife O’Sullivan joined the tour and took to the iconic La Croisette in Cannes in an incredible Junk Kouture design by Bríd McSharry from Colaiste Colmcille in Ballyshannon.

Bríd’s ‘Wave Away Waste’ dress and headpiece were all created from plastic bags. Inspired by the beaches near her hometown, Bríd recycled plastic bags to highlight the damage that plastic is causing to our coastlines, especially along the Wild Atlantic Way. 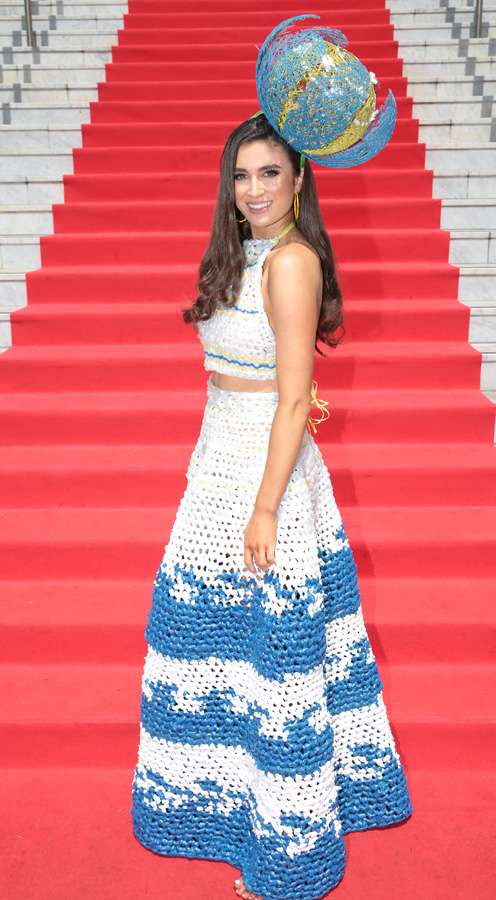 Speaking from Cannes, Aoife O’Sullivan said: “The outfit carries such an important message about how our country and planet are being affected by waste. I am absolutely delighted to wear such a beautiful outfit by a talented young designer. We could all learn a lot from how these students used their creativity to turn everyday junk into such stunning creations.”