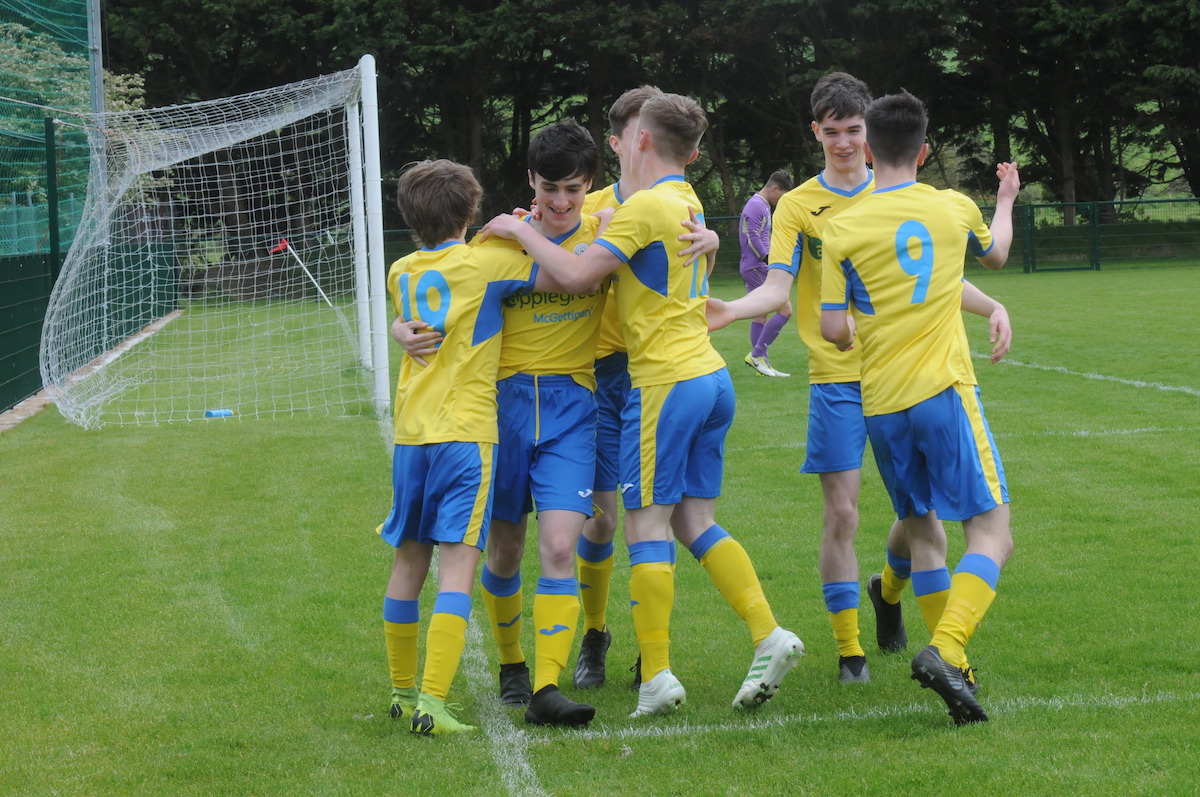 It was a mixed day for the Finn Harps Academy on Saturday with the U17’s conceding late against Dundalk to collect a point, while the U15’s claimed an emphatic 3-1 victory over north-west rivals Sligo.

The Finn Harps U17s had to settle for draw after a late Dundalk equaliser this afternoon in Ballybofey in the Northern Elite Section of the National League.

The game was scoreless at the break but Luke Rudden then put Declan Boyle’s side in front. However, Dundalk swooped for a late equaliser that denied Harps a fifth league win in a row.

The Finn Harps U15s had a fine victory over Sligo Rovers in a top of the table clash at the Diamond Park in Ballyare this afternoon.

Left-back Oisin Lynch, starting his first game for Paul McBride’s side, got an early opener for Harps. Ciaran Dalton and regular scorer Liam Donnelly grabbed the other two goals.