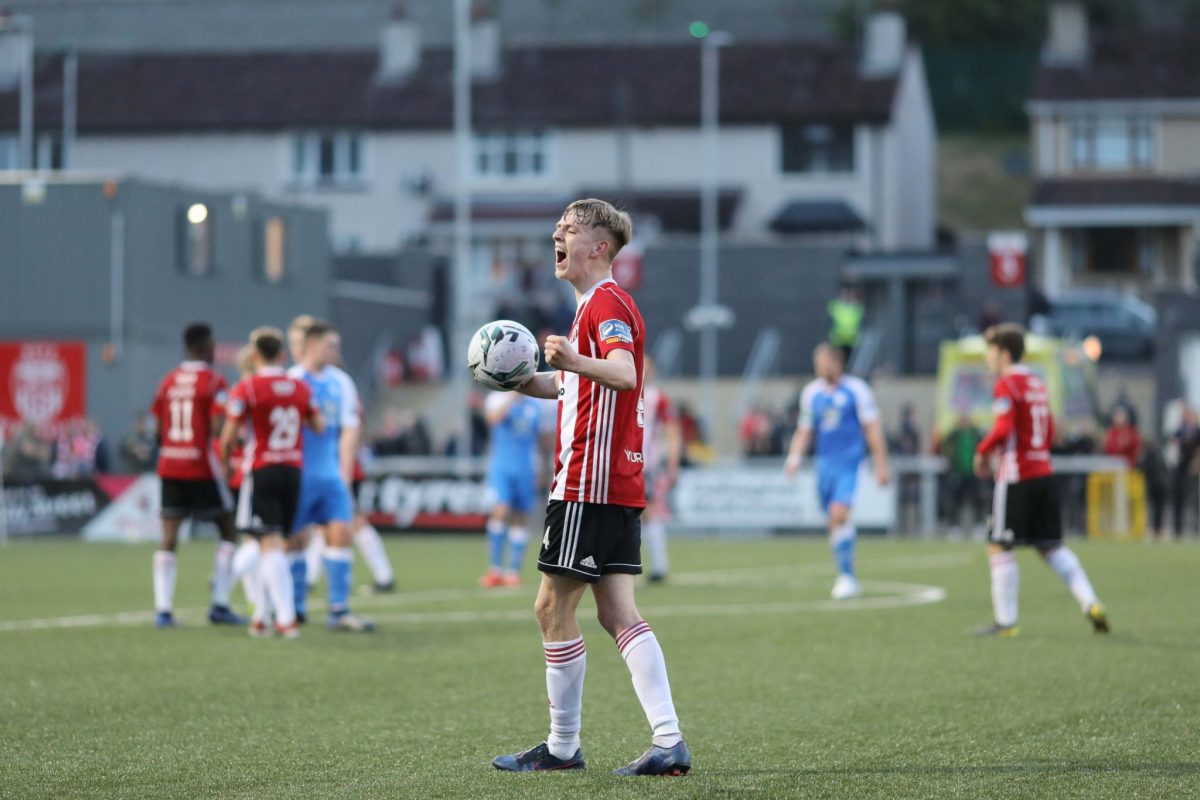 Listen: Ciaron Harkin ‘over the moon’ after derby hat-trick

Ciaron Harkin was pinching himself as he became the first Derry City player in 32 years to score a north-west derby hat-trick.

Harkin’s treble gunned Finn Harps down at The Brandywell last night, as Derry swept to a 4-0 win.

The Creggan man’s hat-trick bridged a gap stretching all the way back to Alex Krstic in 1987.

“It actually did happen. I’m glad to get another few goals. They dried up a bit. The main thing was getting the three points.

The midfielder admits that he wants to add goals to his game.

The 23-year-old has become a fans’ favourite since returning to the Candystripes from Coleraine in the closed season.

He said: “I just want to add goals to my tally. Every goal I score means a lot. To score one goal means a lot.

“I’ve loved every minute of it. There are ups and downs. I love the training, I’m happy getting in full-time and I just love playing for Derry City.”

Listen: Ciaron Harkin ‘over the moon’ after derby hat-trick was last modified: May 25th, 2019 by Chris McNulty