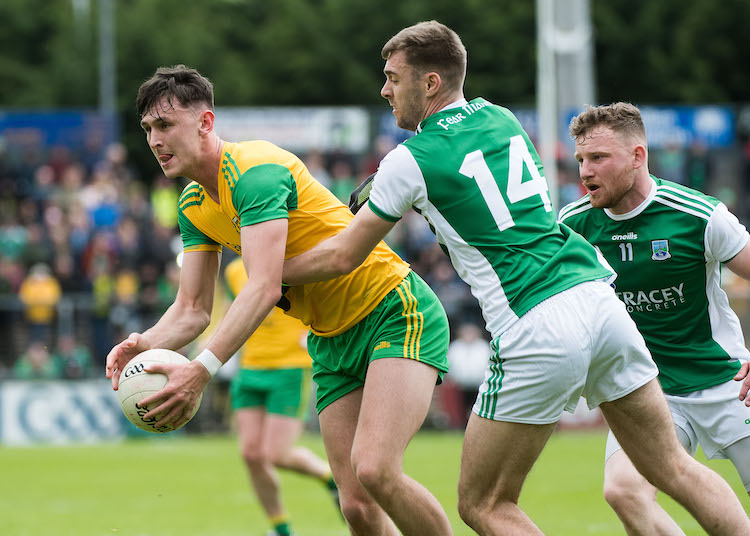 This afternoon’s Ulster SFC quarter-final between Donegal and Fermanagh generated plenty of Twitter commentary – here’s a selection of tweets on the game.

Donegal sealed a semi-final place thanks to a 0-15 to 0-9 win at Brewster Park.

Fermanagh attempted to frustrate Donegal and did so during long spells, but Donegal’s attack proved ultimately too strong.

Good win for Donegal. Had the makings of a pothole in the road, that one.

Been excited about Jamie Brennan since first time I saw him. Today he finally arrived, what a player we have on our hands! #FERMvDON

Not a great pic – but Donegal alert and ready to attack from the Fermanagh kickout. Won about 25% of Fermanagh’s and scored, I think, 0-04 from them. pic.twitter.com/ohbNsMEdLc

Tyrone Vs Donegal it is…Fermanagh resistance held up for a while, once Donegal got three up systems like Fermanagh malfunction. No plan B and beat with minimum fuss in the end. #Ulster2019

I have seen some drab soccer games in my time but today's Fermanagh v Donegal game trumps most of them.

Fermanagh hanging in there!! There management and players deserve massive credit!! Beat Monaghan and still in it with 5 to go vs Donegal!! Set up brilliantly by Rory etc and punching above their weight!!

Nice to see Leo McCloone and Frank McGlynn play their part in the win. 2 players former Donegal Manager Rory Gallagher made complete Mugs out of in his time in charge 👍💪

Good win in a tough match. Good to have Paddy McBrearty back. Onwards and upwards💚💛 #UlsterChampionship #GAA #Donegal #FERMvDON

I didn’t mind the match. Gallagher was always going to line up like that to give Fermanagh the best chance of winning.

Paddy McBrearty is a class act. Great to see him back.

Incredible to think that, at 25, Patrick McBrearty is playing in his ninth Championship.

Job done by Donegal. Great to see Paddy McBrearty back. Donegal v Tyrone should be tasty.