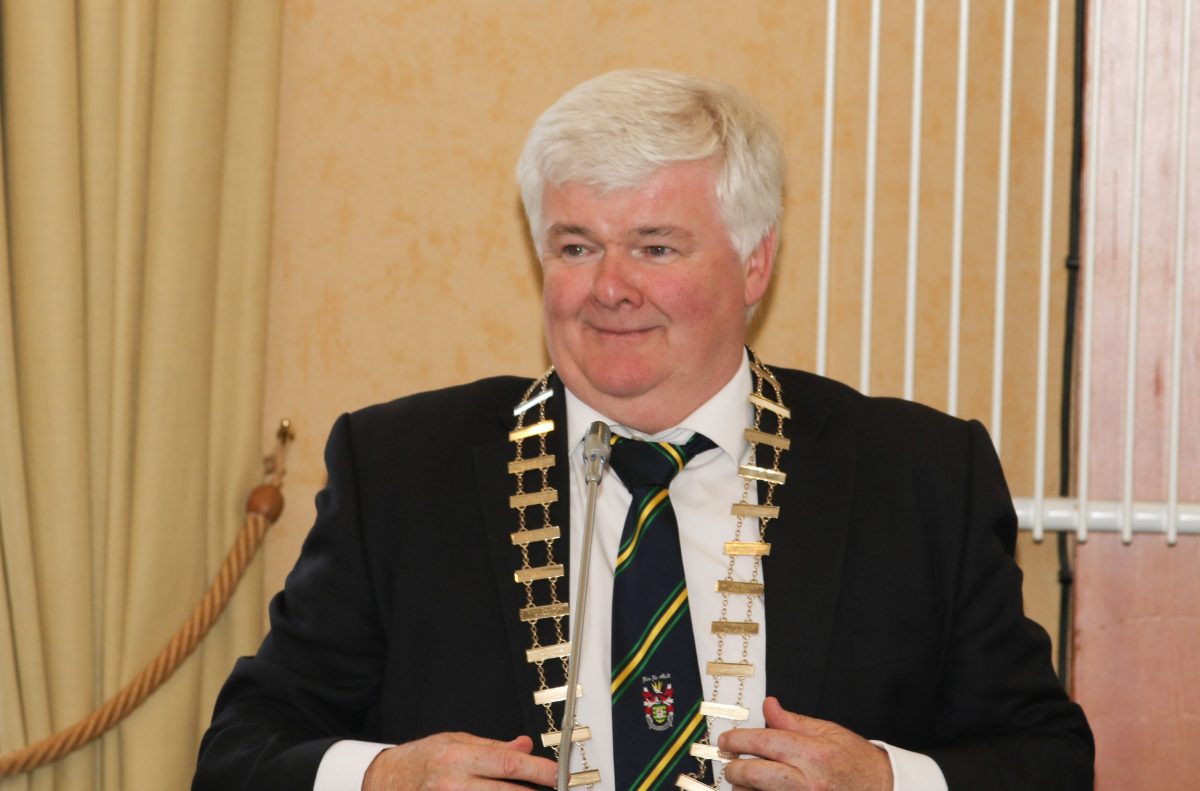 South Inishowen councillor Nicholas Crossan has been named as Cathaoirleach of the newly-formed Donegal County Council.

The Independent councillor has taken up the chain of office today at the first sitting of the 2019-2024 council in Lifford.

It is understood that parties met this week to decide to elect the Buncrana man as chairman. His appointment was formally proposed by Cllr Ian McGarvey and seconded by Cllr Frank McBrearty.

Cllr Crossan, who has 25 years of experience in politics, won the fourth seat in the Buncrana Electoral Area with 1,527 votes in the May local elections.

A total of 37 councillors will take their seats at County House in Lifford with a number of new faces. 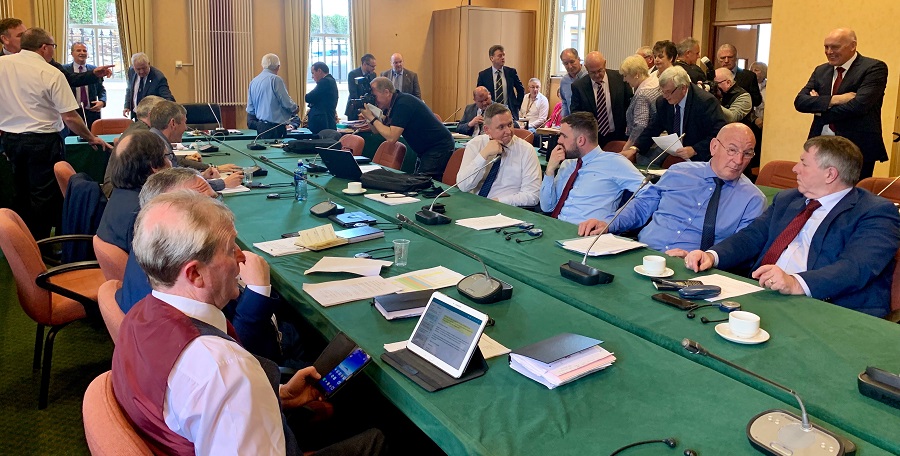 Donegal County Councillors take their seats in the Lifford Chamber

Proceedings were delayed for an hour and a half due to meetings outside the chamber.

Notable people missing are outgoing Cathaoirleach Seamus O Domhnaill and veteran Fianna Fail councillor Enda Bonner who were among those who failed to be re-elected.

The chairs for the council’s six strategic policy groups will also be decided upon today as well as who will sit on the 39 various committees and boards.