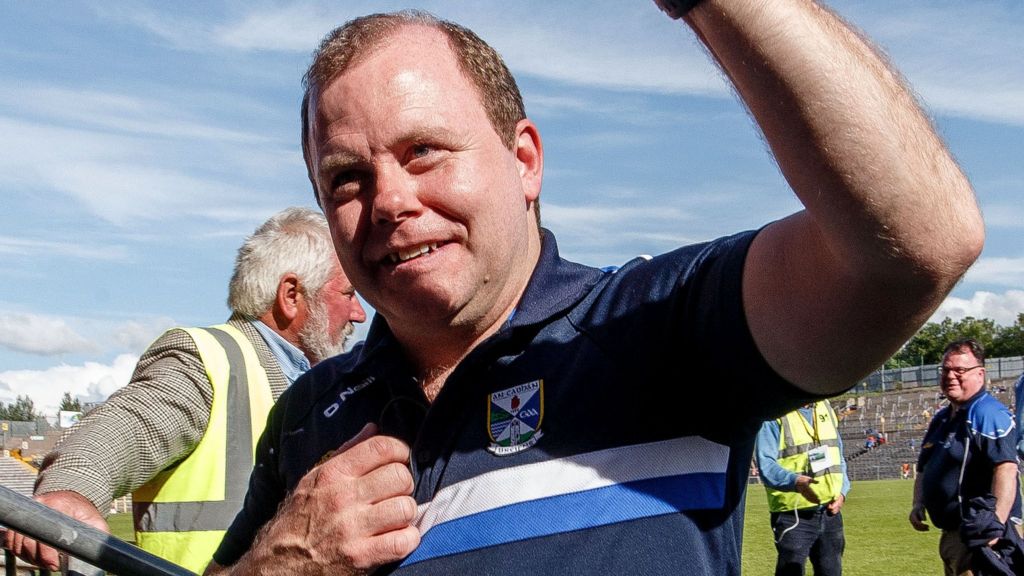 ‘Donegal will be a huge task for us’, says Cavan boss Graham

CAVAN MANAGER Mickey Graham saw the Breffni extinguish an 18-year wait as they booked a place in the Ulster final.

A replay win over Armagh yesterday in Clones saw Cavan into the decider for the first time since 2001 – and now Donegal stand between them and a first provincial success since 1997.

Cavan were full value for a 0-23 to 0-17 win over the Orchard in a gripping second instalment of their semi-final.

“The way I always looked at replays is, when you get a second chance in life, you have to grab it,” Graham said.

“Some teams look at it and see it as a missed opportunity, we looked at it as an opportunity to back up our performance and maybe take it to another level and I felt it was in us.”

Cavan and Donegal have had some big meetings at Under-21 level over the last decade.

At senior level, though, this Cavan class haven’t made a big Championship breakthrough. Graham, in his first year as manager, has guided them back to the final.

Donegal, however, he says, will be an entirely different proposition.

‘A step up,’ was how he described the challenge.

“It will be a huge task for us as they have been playing up and down in Division One and Two for the last few seasons,” he said.

“But I am not worried about Donegal tonight – instead I’m going to concentrate on this victory.

“All I could ask of my players is that they give everything they have and battle to the end, and they certainly did that.

“The players did the business and this is their victory.

“The game took a lot of twists and turns during the course of it, but our lads showed great composure and nerve for the second week running.

“I’m a bit shocked just now as it’s been such a long time for a county like Cavan with such a strong tradition in the Ulster Championship to reach the final.

“It’s a special day, not just for the players but for everyone associated with Cavan.”