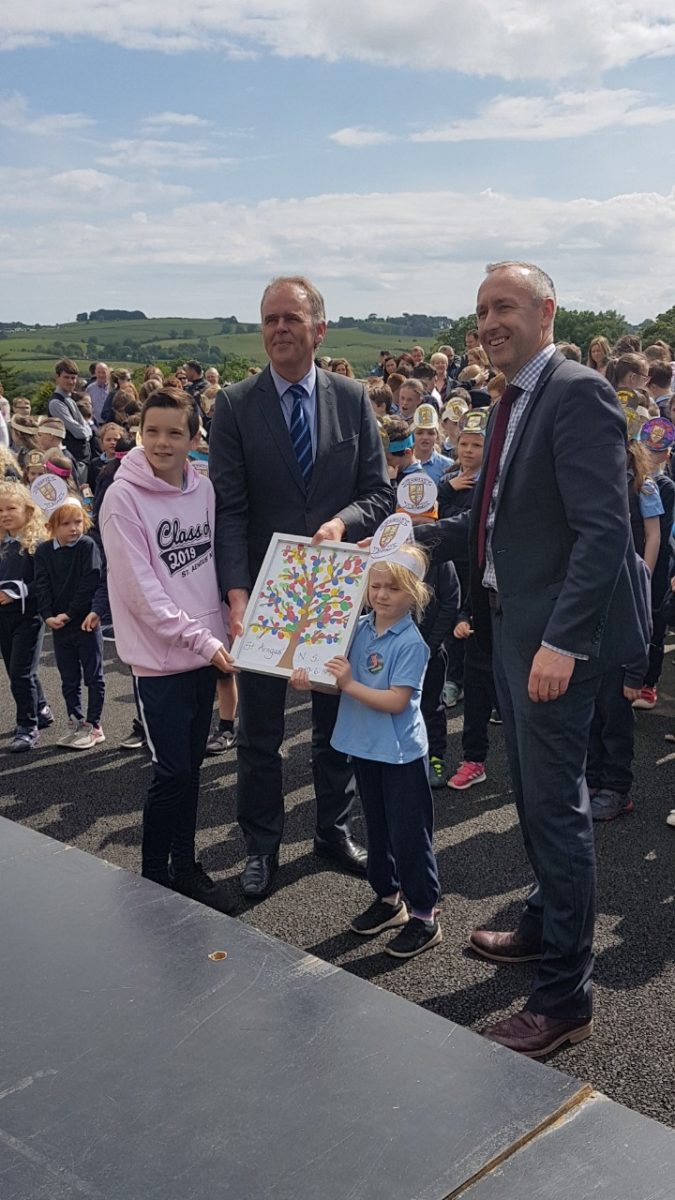 Over 215 children from the school formed a guard of honour to welcome the Education Minister.

Mr McHugh was treated to poetry and songs from the children and presented with a painting of a tree made with the children’s fingerprints.

The Principal, Mr Séamus McGowan thanked the Minister for granting the funds for such a top class and state of the art classroom but also challenged the Minister to provide a similar classroom for the other children in the school.

The school also received their first Active flag and the Minister with Mickey McCann, parent and County hurling manager, raised the flag to great cheers and celebrations.

The school has almost completed a new flat, drained juvenile pitch and a 350m running track around the perimeter of the field. The children run, jog or walk a mile each day before school.

The school’s active motto, which was written by Edel in the second class reads, “Healthy children we aim to be, being active is the key!”

The school is currently having an “Arts and Active week”, with local artists, coaches and musicians contributing to this fun/active week.

The minister thanked the school for their invitation and commended the parents, school staff and children, for their hard work. 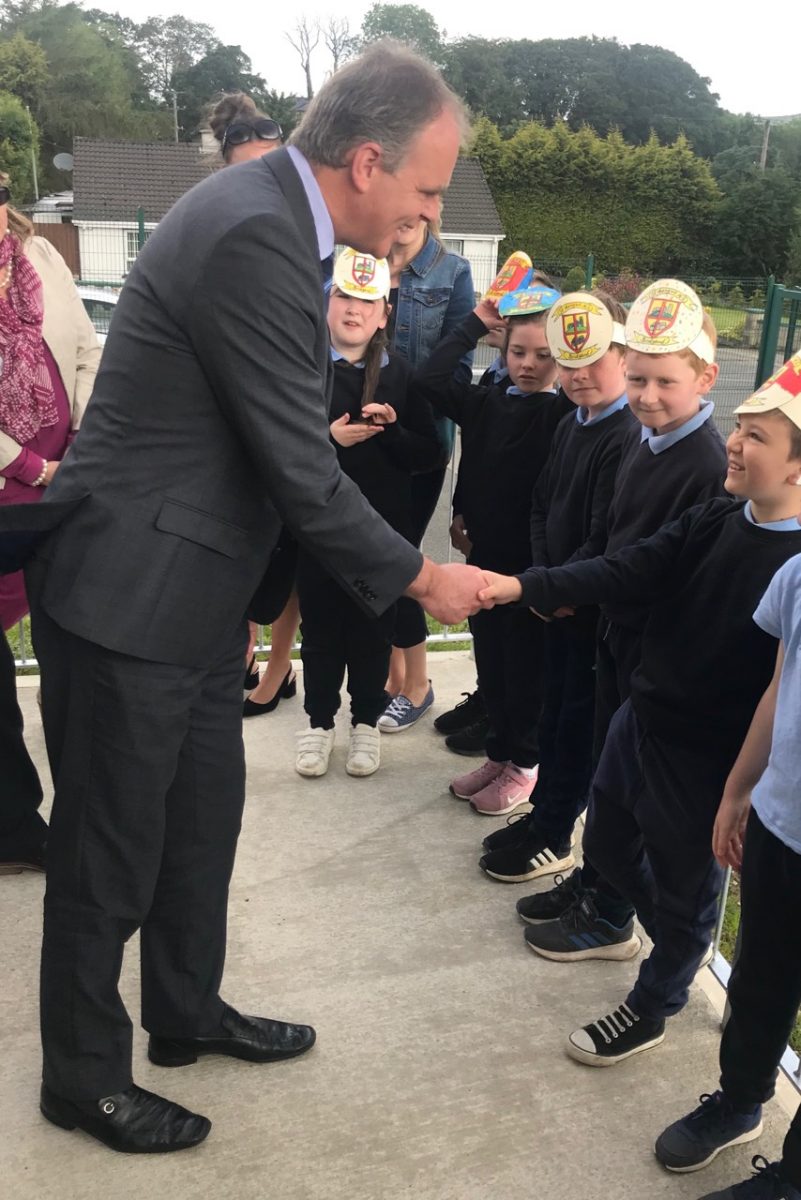