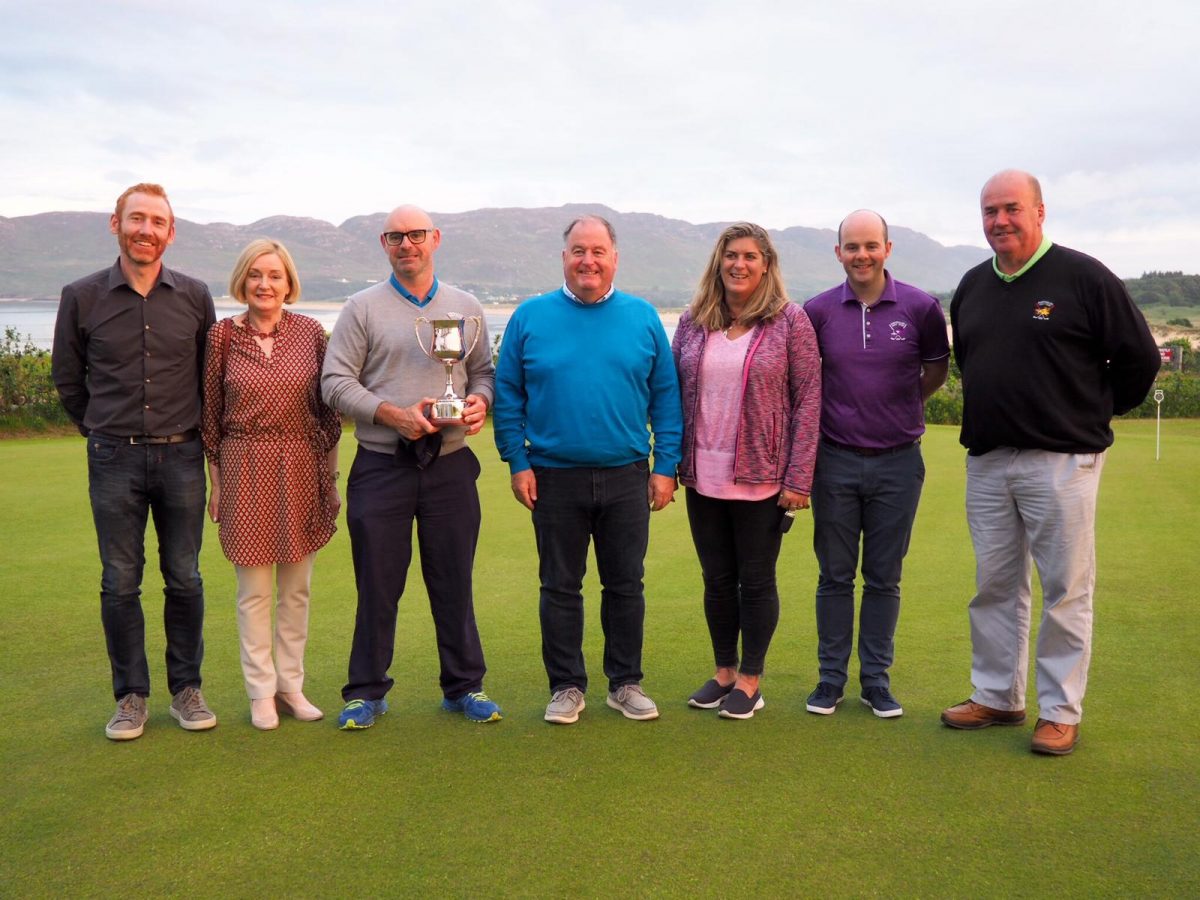 Saturday last saw more than 100 golfers on the course at Portsalon for the second staging of the John Sweeney Memorial and, once more, they were treated to sunshine and perfect playing conditions.

The course was in superb shape, a credit to Links Superintendent Johnny Shields and his team. Johnny was also the inaugural winner but, owing to team commitments elsewhere, he was absent on Saturday ensuring the trophy was up for grabs for a new winner.

Patrick Ronaghan (18) stepped in with some fine playing to card a 68 nett and become the second winner of the John Sweeney Memorial.

A birdie on the opening hole was the incentive needed for a strong day and a second one arrived on the par-five fourth hole. Steady play was the order of the day, with back-to-back pars to kick off the homeward nine and another on the penultimate hole, ensuring the winner always had a good score within his grasp. The margin of victory was just one stroke at the finish line, following a closing bogey at the treacherous 18th hole.

The winner was certainly a fitting recipient of the trophy, with Paddy being a first cousin of Mary Teresa Sweeney and he was suitably delighted to take the honour in John’s memory.

Portsalon captain Pat O’Neill paid tribute to the great turnout for this event, a fitting tribute to John Sweeney, a man fondly remembered throughout golfing circles and indeed the wider sporting community across Donegal and further afield.

This event was again superbly supported and, fitting of the man being remembered, all prizes were once again kindly donated. Thanks to Enda Kennedy, Marty McDermott, Tommy Gallagher Injury Management, Portsalon Golf Club and, of course, to the Sweeney Family for providing the excellent array of prizes.