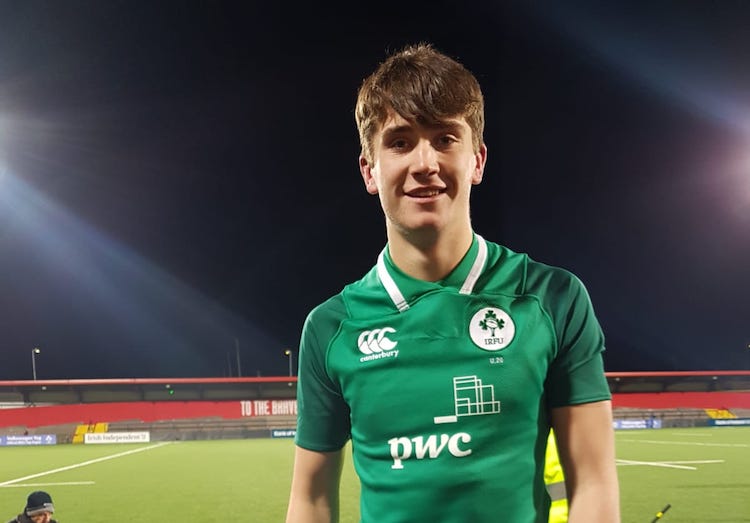 The son of a Ballybofey man scored a try for Ireland U20s last night at the U20 Rugby World Cup in Argentina.

Brian Deeny’s try looked like sending Ireland on their way to a win over England in Rosario, but a converted England try, scored by replacement Tom Willis, with the game’s final play gave them a 28-23 win.

Ireland had fought back to level from 23-9 down.

Jonathan Wren’s try had Ireland within striking distance and, just 60 seconds later, Deeny got over.

The Clontarf and Leinster second row charged down and surged 45 metres to get over. The conversion by Ben Healy drew Ireland level.

However, Willis got over to deny Ireland at the death.

Deeny was late to travel to Argentina having injured ankle ligaments, but he made a big impact here.

Deeny’s father, Bernard, is a native of Ballybofey while his mother, Georgina, hails from Wexford.

Deeny’s grandparents, Brian and Celine Deeny, still live at Navenny in Ballybofey and his great-grandfather, Bernard, was a former principal at Knock NS, a role he held for 40 years until 1960, having also taught in Meencarrigach and Owey Island.

As the CAO deadline approaches: Why choose...