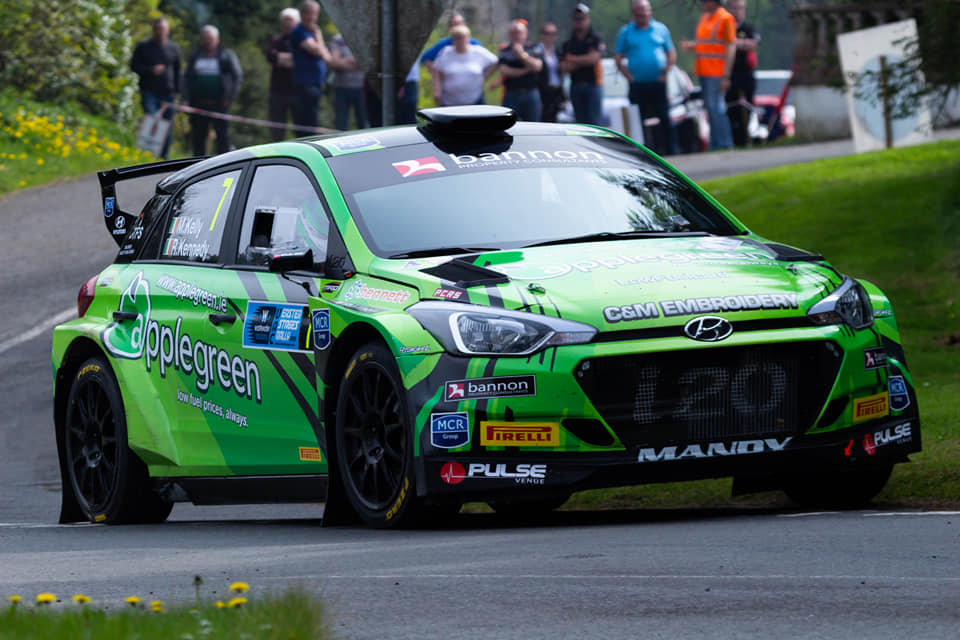 HE’S CORKED champagne at the steps of the Mount Errigal Hotel four years running now – and Manus Kelly is expecting another ‘humdinger’ in this weekend’s Joule Donegal International Rally.

The Glenswilly man, and his trusted navigator Donall Barrett, take to the seats of a Hyundai i20 R5 this time around.

The International Rally winners in the previous three years in a WRC Impreza, having won the National Rally in 2015, Kelly and Barrett are in new territory this time – not least with the fact that they’re in a left-hand drive.

“It’s a great car, but it’s down to myself with the left-hand drive. It’s a different style and we have to adapt,” Kelly told Donegal Daily/Donegal Sport Hub.

“I have a feeling that this is going to be a humdinger of a rally and I don’t think my expectations will be wrong.

“If you want to win this rally, you need to come prepared. Whatever competitor wins this rally will thoroughly deserve it. Everyone is really excited about it.”

The competition, as is always the case, will be fierce with the likes of Craig Breen, Declan Boyle, Donagh Kelly, Garry Jennings, the Moffetts and Alastair Fisher in town.

Kelly said:  “We’re all set to go. We had some run for the last four years, but this is a new year. We’re gung-ho again trying to get the hang of this car.

“We’re on home territory and looking to give the best performance that we can. Hopefully with the local knowledge we’ll give a good account of ourselves.”