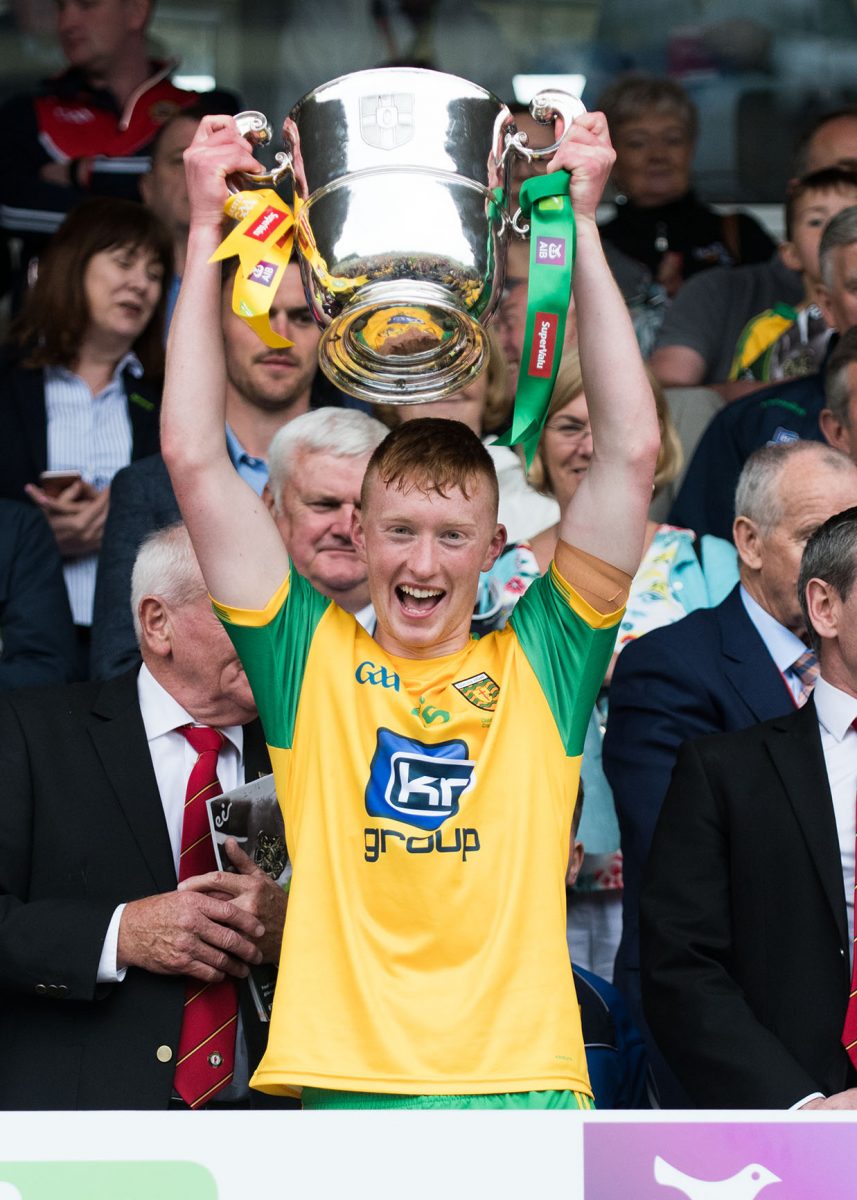 OISIN GALLEN felt as if he was living in dreamland today as he scored a point in Donegal’s Ulster final win over Cavan.

The Sean MacCumhaills forward is in his first season on the Donegal squad and he came on in the second half to kick a point in the 1-24 to 2-16 win in Clones.

“Words can’t really describe it. This is what you start playing football for.

“No chance I’d have believed this back in November or December. It was a shock to get called in for training, but to get Championship game time is something again.”

Gallen made a real mark during the McKenna Cup and Allianz League campaigns and was rewarded by manager Declan Bonner.

Gallen said: “Declan isn’t afraid to throw us in. It’s all about taking the chance.

“This is a very special moment. I won’t forget this.”