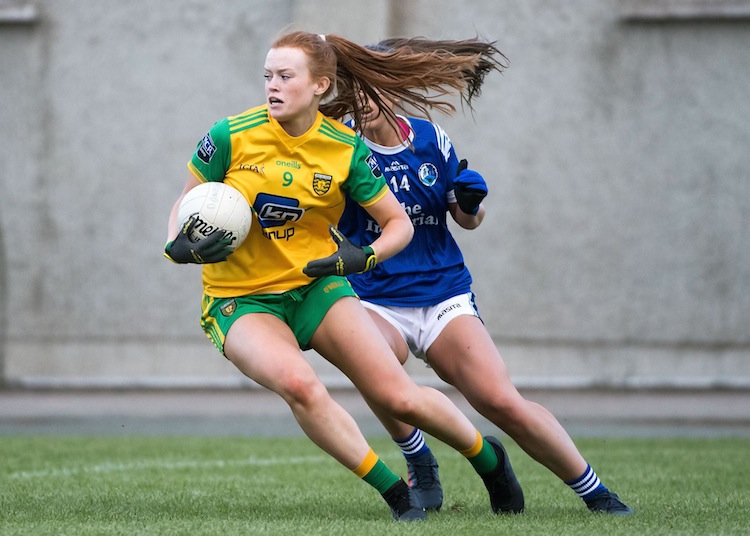 WHEN THE call came towards the end of 2018, Evelyn McGinley was undecided.

The commitment levels required to play senior football for Donegal have rocketed now.

The schedule is punishing for most, let alone someone based in Dublin and in their final year of a veterinary degree.

McGinley was willing, but worried.

“It’s a big commitment and I didn’t know if I’d be able to keep it up at the start of the year,” the Creeslough woman says.

“Maxi (Curran, Donegal manager) was very good with me.

“I was up and down every weekend and was playing college football whenever I could. I had a very tough year in college too and was in from seven in the morning until seven in the evening. I just couldn’t commit to coming down midweek, but the boys were great.”

McGinley, who has swapped the blue and white of Cloughaneely for the maroon of Termon for her club football this year, has made a place on the Donegal team her own. The wearer of the number nine now, McGinley has become a key cog for the new-look Tir Chonaill side.

“It’s great to be involved,” McGinley says, ahead of Sunday’s Ulster final against Armagh in Clones.

“It’s great to get the opportunity to be on the team.” 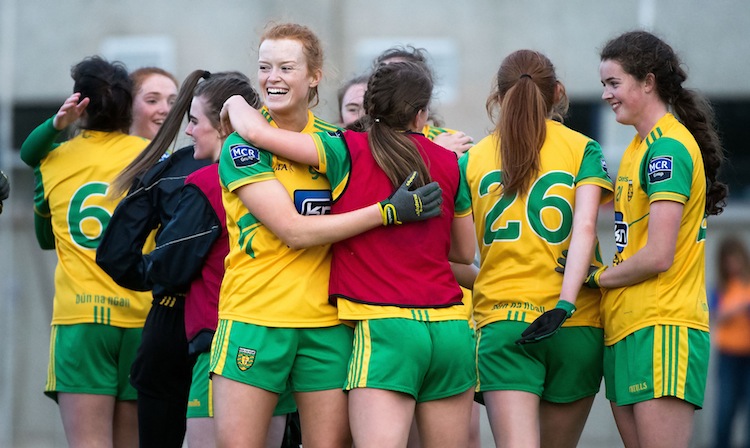 McGinley played under-14 and under-16 with Donegal and featured briefly for the county at under-21 level. She’s taken to her maiden senior inter-county campaign like a duck to water.

She says: “I’m a wee bit older. I did come up through the underage, but I took a few years out.

“It’s great to be looking forward to the final.”

The 24-year-old graduated from UCD the day before the Ulster semi-final win over Cavan in Killyclogher.

“It’s all been a bit of a rollercoaster,” she smiles.

There were times in the semi-final when Donegal looked gone. Trailing by five points, Donegal mounted a stirring comeback to force extra-time, where Geraldine McLaughlin took on a starring role.

McGinley says: “We fought really hard to the end. We have a few things to improve on.

“It’s great to see everyone giving their all. We gave it everything and we had it in the legs to keep going.

“It was a real up and down game, but we never thought it was gone.”

McLaughlin kicked 14 points, 11 of them from play, as Donegal – the reigning Ulster champions – booked a place in the final.

She says: “Geraldine is just great to play alongside. She really improves us all. You really improve playing with players like that. It really helps at training as well.”

So to Armagh, the side with clear memories of a final pummelling by Donegal 12 months ago.

McGinley watched as a spectator in 2018, but will be in the thick of the action when the ball gets thrown in this weekend.

She says: “Armagh will be up for it and it’ll be another big fight for us.”