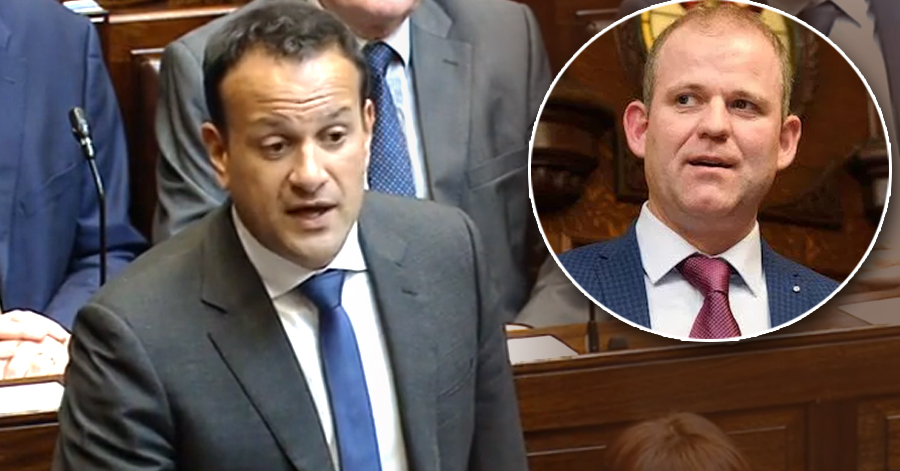 A sense of sadness fell over Dáil Eireann yesterday when members met to express their profound sympathies to the family of the late Cllr Manus Kelly.

Tributes poured in from all parties in memory of the Donegal rally driver, businessman and newly-elected councillor who tragically died in a fatal accident on Sunday.

Taoiseach Varadkar offered his condolences and said: “He was a phenomenal motor sportsman and must have been enormously proud to have been elected to Donegal County Council for Letterkenny.

“I offer our condolences to the Fianna Fáil Party on what must have been very shocking news in the past few days.”

In his response, Michael Martin TD said Cllr Kelly “would have been an outstanding public representative for us in the Letterkenny electoral area. Our thoughts are with his wife, Bernie, family and friends.”

Tributes were led by Leas Cheann Comhairle Pat the Cope Gallagher, who said: “Manus was a much-loved husband, father, son and brother. He was a professional rally driver, keen follower of the GAA along with other sports, a volunteer and community worker and more recently an elected Councillor on Donegal County Council. He was a consummate professional in everything he involved himself in.

“I have no doubt Manus would have been an excellent public representative in the years ahead, he was so looking forward to serving on Donegal County Council following his election just a little over one month ago.

“Indeed the campaign he mounted during the recent elections was a credit to him and his supporters – it was professional, energetic and dynamic, but that is what you expect from Manus –  total commitment from him in everything he done in life.”

Pat the Cope also wished a speedy recovery to co-driver Donal Barrett, who was injured in the tragic accident at the Donegal International Rally.

Pearse Doherty TD added his deepest sympathies and those of his party Sinn Féin to the friends and family of Manus Kelly.

Deputy Doherty said: “The people of Donegal took great pride in Manus’s many achievements and successes, not least winning the Donegal International Rally three years in a row.

“His dedication and professionalism to his sporting achievements as a rally driver extended to other aspects of his life.

“He employed dozens of people in Letterkenny and, as the Taoiseach referred to, was recently elected to represent the people of that electoral area. My thoughts are with his friends, family and party colleagues at this very difficult time. Ar dheis Dé go raibh a anam.”