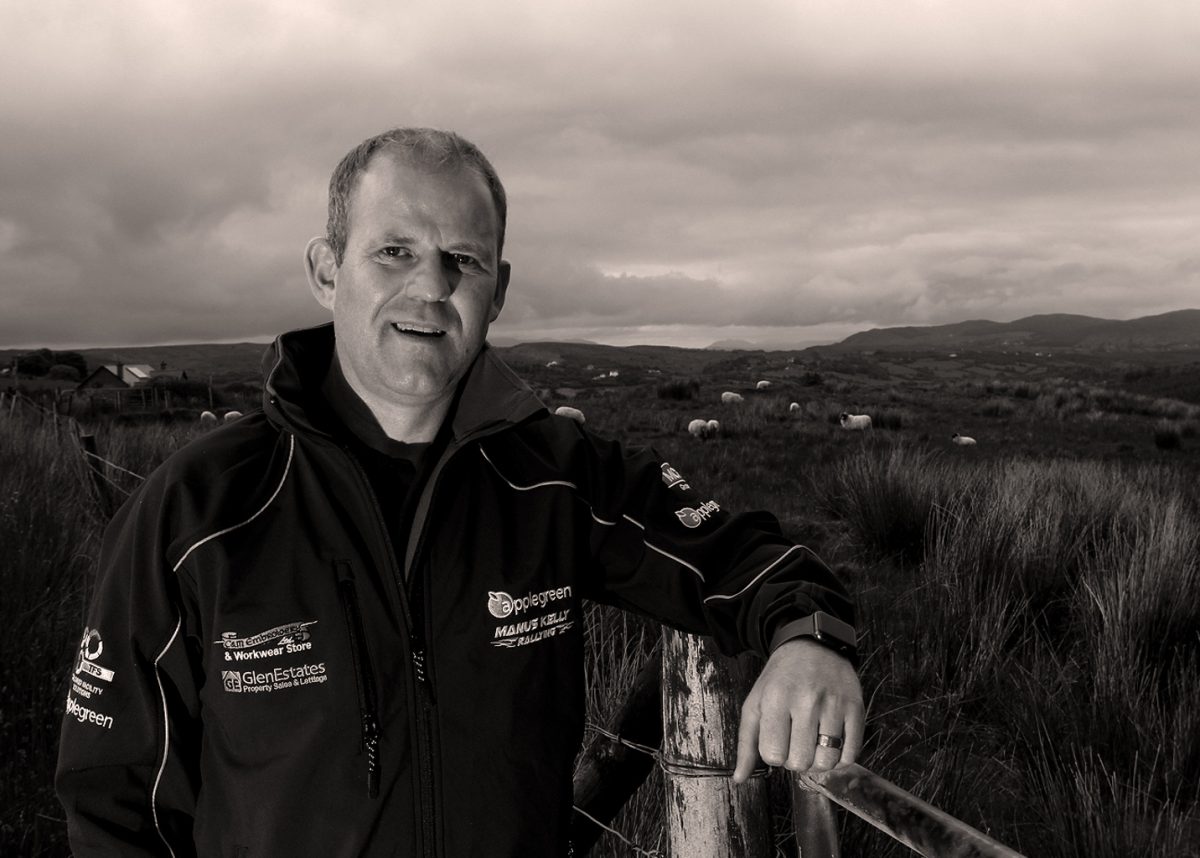 When people start their conversation by recalling exactly where and what they with doing when they first heard the news that Manus Kelly lost his life in a rallying incident at the weekend, it gives you just an idea of how much this Glenswilly man was thought of in his native county.

He seemed to have superstar status even from people that only knew him to see as everyone has become engulfed in the tide of sorrow and pain that spread from the Fanad peninsula as the word filtered back that the number one seeded driver, Manus Kelly, crashed out of the three-day rally on Sunday afternoon.

Since then some of us are still hoping that we are in the middle of a nightmare waiting to wake up in a cold sweat and hope that this was just a terrible, terrible dream.

Trying to deal with this, we scroll our way back through our phones hopeful that we’ll find a better place and time where we have memories and pictures of Mandy where he might have stood in and posed for a selfie at a time that never would be in so much contrast to what we are going through this week.

The late Manus Kelly pictured at the Top of Breenagh with Glenswilly in the background. Photo Brian McDaid.

Even a reply to a text or a post on social media with a couple of hands clapping emojis sent from Mandy is now a keepsake.

For me, it’s a simple still from a video that has changed in importance since the weekend’s events.

On Wednesday evening last, in the middle of one of the towns traffic jams, there was Mandy stuck in the middle in his Applegreen Rally car coming down the back road after receiving sponsorship from Cill an Óir Complex at the top of Glencar.

Bemused with the car standing out in the crowd, I decided to video Mandy on my phone as his Hyundai rumbled down past.

Since the events unfolded on Sunday, I have looked at a lot of photos of Mandy down through the years but, it was this video clip that drew me in.

I have looked at the video clip a lot of times, I have slowed it down and found a silhouette of the outline of a hand giving me a “thumbs up salute” as he sailed down past the Tin Tai Restaurant.

The last thumbs up from the late Mandy Kelly pictured in a traffic jam on the Back Rd in Letterkenny in his rally car. Photo By Brian McDaid.

Even though I covered the rally all weekend and have loads of photos, I hadn’t really seen Mandy other than through the lens of my camera when he was focused on the road as he took part in the rally.

That thumps up wave out the window on the Wednesday evening before the rally was Mandy’s last goodbye to me.

The next time I was to see Mandy was sadly on Monday evening just feet away at the foot of the back road again where you could hear a pin drop as a Garda motorbike outrider cleared the traffic to lead Mandy out Ballymacool for the very last time as his remains headed home to the Glen.