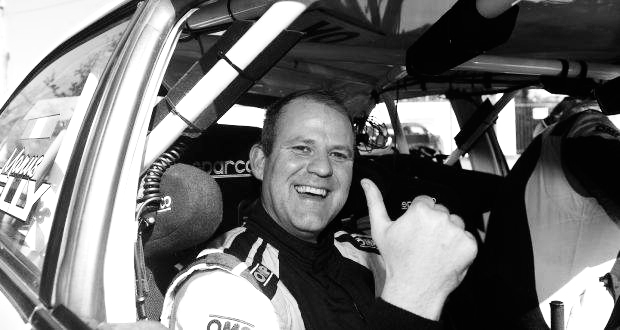 THANKS FOR BEING YOU, MANUS

Unlike so many other people across Donegal, I wasn’t brought up on rallying.

But I did know Manus Kelly the man.

Perhaps not as well as so many others who mourned his utterly tragic loss last week.

But I knew Manus to stop and chat to and have a laugh with. And you always had a laugh with Manus.

The last time I spoke to him was a couple of days before he died doing one of the things in life he loved doing.

I was in Italy on holiday with my family and he was making the final preparations for this year’s rally.

But he wasn’t calling in his own interest but in the interest of others.

He wanted me to put in a press release on Donegal Daily urging people to be safe around rally time and to drive carefully and to think of others.

I told him I was on holiday but I’d get it sorted through the office for him.

He called me a bollox and said something about me being on another holiday and that was the last time we spoke.

On Sunday afternoon last I sat down in a bar on a campsite in Italy surrounded by Cavan fans waiting for the Ulster Final to start.

I check the Donegal Daily site and noticed that three stages of the rally had been cancelled because of an “incident.”

Before I could even check to see what had happened my 15-year-old son showed me a snapchat from one of his friends which simply said ‘RIP Manus.’

I just muttered to him that the fella who posted that should be ashamed of himself as I dismissed it out of hand.

My phone started to vibrate then to Whats App messages and texts and I knew then that something was dreadfully wrong.

I went to my wife who was down beside a lake swimming and getting ready to come up to join us to watch the game.

She turned to me and was on her mobile phone and I knew by the look on her face that it was true.

I watched the game and thought of the likes of Michael Murphy and Aidy Glackin and if they knew about Manus before they took to the pitch.

In truth, I didn’t really watch the game but just thought about Manus and his family, about his wife Bernie and his mother and father Donal and Jackie.

I ultimately thought of his kids. Only last week I sat having a cup of coffee in Tobins in Letterkenny and Manus and Bernie’s two eldest sons Mandy and Charlie were in having a sandwich.

I know them both through our local Glenswilly GAA club. Two mischevious lads who you wouldn’t change for the world.

They laughed at each other and as they ran out the door I had to call out after young Mandy that he had forgotten his coat. He thanked me and away they went.

Manus would have just thrown his eyes up to heaven and laughed at the two lads and muttered something like “they’re some bucks.”

I’m dreading meeting the Kelly family as much as I want to tell them how sorry I am for the loss of Manus and to apologise for not being at Manus’ funeral and wake.

We came back from holiday on Saturday night and we headed down to Manus’ grave to say a prayer and to pay our respects.

Pictures of him on the grave amidst fresh floral tributes with poignant messages from family members.

For some unknown reason which I am ashamed of I became angry with Manus for being behind the steering wheel of that car.

But deep down I know he loved it like all the other things in life he loved including Bernie and the kids, his family, his work and his community.

I turned from his graveside and looked across the skyline above the graves at Conwal towards Bomany which had turned an unforgiving black with rain-swollen clouds.

I have only black thoughts when I think of Manus and how, like so many others, we didn’t get a chance to say goodbye to him.

I’m trying to think of the many, many happier times when he made me laugh be it down in his café, out on the sideline in the park at Glenswilly or just a casual meeting on the street.

It’s difficult but we have to try.

To eventually smile and remember Manus with fondness in the passing of time rather than to think about his sad and sudden passing is what his legacy should be.

Thanks for being you, Manus.

THANKS FOR BEING YOU, MANUS was last modified: July 2nd, 2019 by Stephen Maguire
Facebook0Tweet0LinkedIn0Print0
Tags:
donegalglenswillyManus Kellyrallytribute