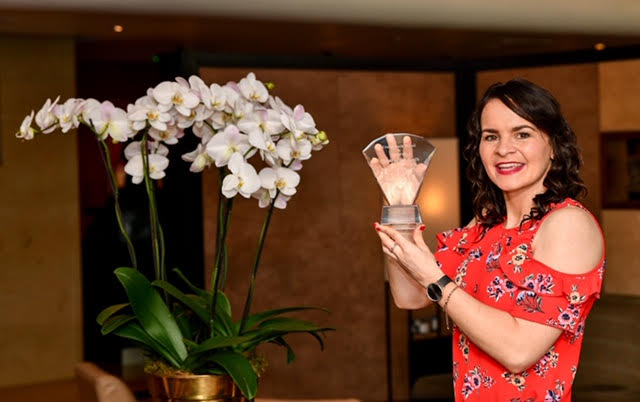 Geraldine McLaughlin is player of the Month for June

DONEGAL forward Geraldine McLaughlin has been honoured with The Croke Park/LGFA Player of the Month award for June.

McLaughlin, 26, from the Termon club, has been acknowledged for a series of sparkling performances for in-form Donegal recently.

McLaughlin was in brilliant form throughout the TG4 Ulster Senior Championship campaign in June, as Donegal claimed a third successive provincial crown.

Leading overall scorer in the 2018 TG4 Senior Championship, McLaughlin collected 2-4 in the opening round victory over Tyrone, including a penalty goal and four pointed frees.

In the gripping Ulster semi-final win against Cavan, McLaughlin bagged an incredible haul of 0-14 in total, including 11 points from play, and seven points in extra-time.

And when Donegal claimed the three-in-a-row in Ulster against Armagh, McLaughlin contributed 2-4, with all but a point coming from play.

Donegal’s thoughts now turn to the start of the TG4 All-Ireland series, where they’re in Group 4 alongside Tyrone and Mayo.

Donegal will commence their round-robin series on Saturday, July 20, when they take on Tyrone at TEG Cusack Park in Mullingar.

A week later, Maxi Curran’s charges will be up against Mayo at Bord Na Móna O’Connor Park, and both of Donegal’s group games are LIVE on TG4.

Geraldine was presented with her award by Alan Smullen, General Manager, The Croke Park, Dublin.

Geraldine McLaughlin is player of the Month for June was last modified: July 10th, 2019 by Chris McNulty
Facebook0Tweet0LinkedIn0Print0