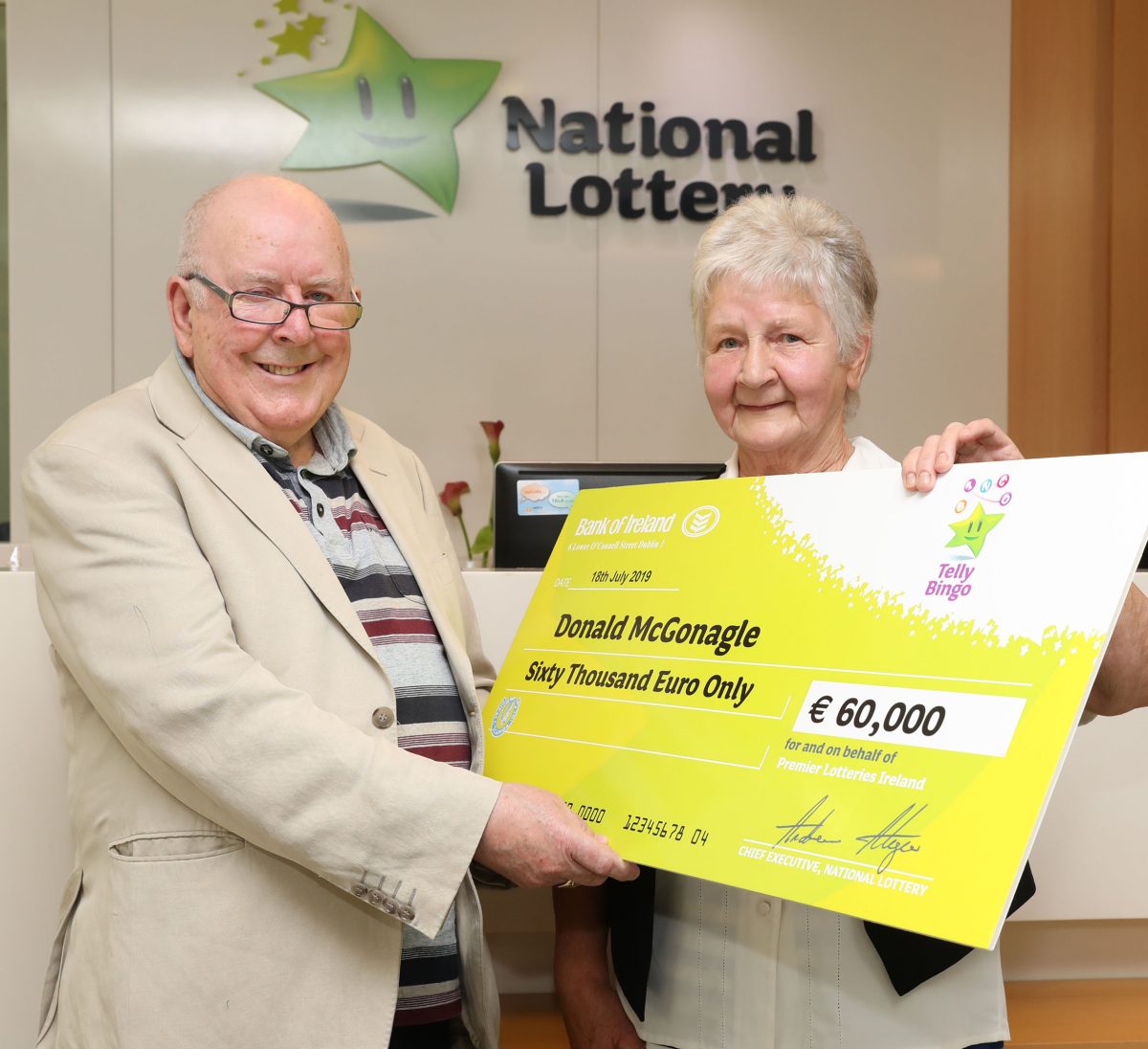 The latest €60,000 Telly Bingo winner was sold in Inishowen.

Donald McGonagle and wife Eileen from Greencastle, Co. Donegal were ecstatic after finding out they scooped the Telly Bingo Snowball prize on Thursday.

The life-long Telly Bingo players, who are married for over 55 years, plan to enjoy their windfall by taking a sun-soaked cruise in the Mediterranean.

The couple religiously watch the Telly Bingo show on RTÉ every Tuesday, Thursday and Friday but ironically missed the all-important show when their €2.50 ticket netted them a Snowball prize of €60,000!

“We had no idea that the top prize of Telly Bingo had even been won to the day after the draw,” said a delighted Eileen McGonagle.

“We were pottering around Moville and we saw a poster in the window in the shop to say that they had sold the €60,000 prize.

“We got a little flutter of excitement as we got our tickets out to check them in the shop but we never would have imagined we would be the lucky winners.

“There has been great excitement around the town ever since with a lot of well-wishing neighbours and friends, it’s just been brilliant.”

As the retired couple celebrated their incredible Telly Bingo win, they discussed how it came at a poignant time when they were celebrating the birthday of their daughter who had passed away previously

“It was a very emotional week for us. On the day we won the Telly Bingo prize, we were celebrating our daughter’s birthday who is no longer with us,” Eileen added.

“We firmly believe that she’s after pulling a few strings up there to look after us! Money isn’t everything but it will allow us to do things we weren’t in a position to do before.

“We both love the sun so we’ve started planning a cruise around the Mediterranean very soon. We just can’t wait.”