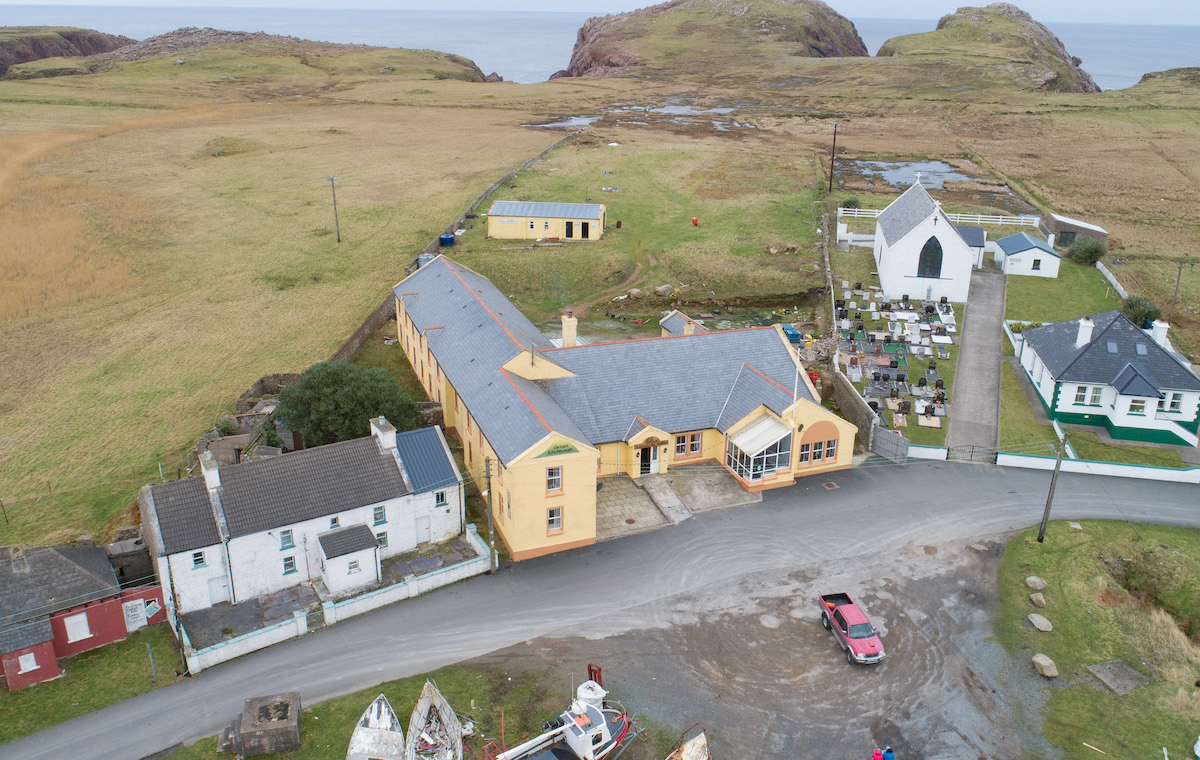 A remote Donegal island hotel has attracted attention from buyers from across the globe after it was put on the market in recent weeks.

The famous 14 bedroom Óstan Thóraigh or Tory Island Hotel has a price tag of just €400,000, around the price of a three-bed apartment or less than a three-bed semi in Dublin.

And that attractive guide price along with its history has garnered interest from a number of different countries.

Potential buyers who have visited the remote island,  nine miles off the Donegal coastline, include an American priest, a Belgium hotelier and a couple from Dublin.

Estate agent, Gareth McLarnon, from Glen Estates in Letterkenny, who is handling the sale, told Donegal Daily that interest has been strong in the unique property.

“All of these three interested parties have visited the hotel so they could see first hand what it has to offer and to see island life.

“The hotel has huge potential. It is a working hotel and about twenty years ago had over one million pound spend on renovations,” he said.

Although both the couple from Dublin and the hotelier from Belgium are interested in preserving the current workings of the hotel, the American priest has different designs on the hotel.

His idea is to turn it into a type of rehabilitation centre, according to Mr McLarnon.

The sale of the famous Óstan Thóraigh or Tory Island Hotel is billed by the selling agent as a “fantastic opportunity to acquire a landmark property with huge potential.”

“This is a fantastic opportunity to acquire a landmark property with huge potential. It is a chance for someone to embrace island life in a strong community on one of Ireland’s most beautifully scenic islands located off the coast of Ireland’s most northerly county.

“Properties like this don’t come to market very often in Ireland and we are expecting quite a bit of interest in this unique opportunity. This wonderful island hotel is on the market for around the same price as two-bedroom apartment in parts of Dublin.”

The 14-bedroom hotel, with bar and restaurant, is being offered for sale as a going concern by owner Sean Doherty, who was also the island’s former lighthouse keeper.