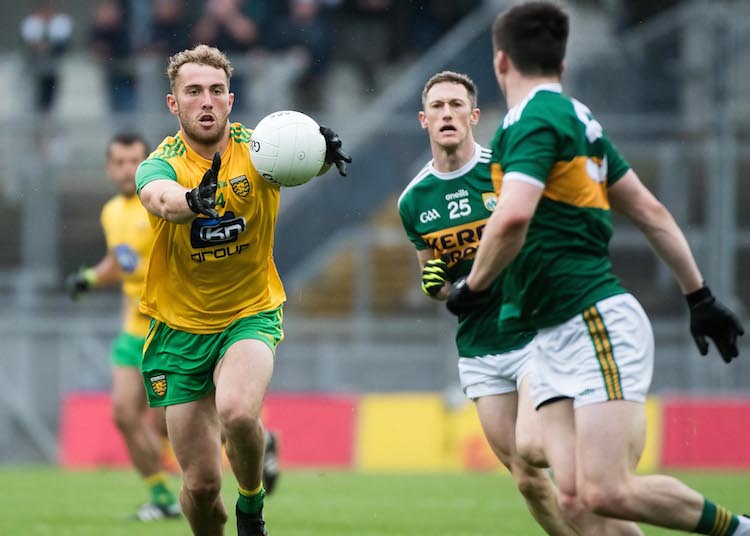 PETER KEANE, the Kerry manager, felt the Kingdom ‘fought like hell’ in yesterday’s drawn encounter with Donegal at Croke Park.

Kerry were denied a win by Michael Murphy’s late free for Donegal in a game that had the sides level 16 times.

A Paul Geaney goal looked to have ignited Kerry, but a Murphy goal from a penalty had Donegal back in tow again and the sides finished deadlocked.

“I thought we fought like hell towards the end,” Keane said.

“There was a never say die attitude by us and I thought there were a couple of frees that went against us that were bordering on not been frees and do you know every time we were getting ahead they were getting back some way or another.

“But I thought we fought and fought well.

“We were coming hoping that at the end of the day you would have four points out of the two game. You have three so, look, it is better than two.”

Kerry lined out without David Moran, sidelined through a foot injury, but Keane says a foot injury should be healed by the time they travel to Navan to face Meath in a fortnight.

Keane was aggrieved by some of the calls made by referee Paddy Neilan, including the foul by Stephen O’Brien on Daire Ó Baoill.

Keane said: “I felt the penalty was pretty tough. I thought he met him body on, like you know.

“To me looking where I saw it is very hard and I’m not been critical of a referee. Sometimes you’re looking and saying ‘oh Jayus, how did that happen?’ I felt he stood him up.”

Geaney hit 1-4 and Keane said of the marksman: “Paul has been going well. I think since our Munster final we have been playing a lot of football and our football has been very good. Paul has been one of those guys who has been motoring well. That is nice kicking in any game isn’t it?”