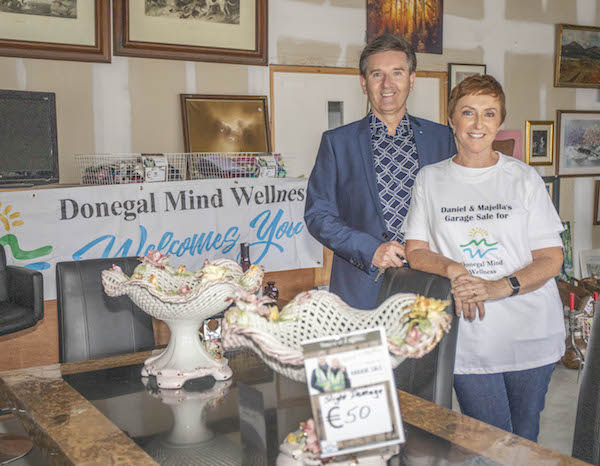 Future is a lot clearer for Daniel after laser eye surgery!

The future is even brighter for singer Daniel O’Donnell now after he underwent laser eye surgery.

The singing sensation has worn glasses for many years but can get by without them.

But last Friday Daniel, 57, underwent the corrective procedure which means he no longer has to wear glasses.

Daniel told fans of his delight at being able to see without glasses during the Mary from Dungloe Festival which opened last weekend.

He even joked that he was going to buy back his sunglasses which he had put up for sale during a garage auction which he donated to help Donegal Mind Wellness.

He joked “I’m going to take back my sunglasses because it’s too bright now and I need them.”

Daniel and wife Majella often return to his native Donegal for the annual Mary from Dungloe Festival.

Daniel usually serenades the winner of the event which is running for more than 50 years now.

The singing star made an early appearance this year when he surprised fans who had traveled from as far away as the UK to buy personal mementoes after Daniel cleared out his garage and donated them to charity.

Fans queued for hours to get their hands on a range of Daniel memorabilia including Daniel’s shirts, lamps, mirrors and pictures.

The garage sale is set to raised thousands of euro for Donegal Mind Wellness, a charity which is close to wife Majella’s heart.

Future is a lot clearer for Daniel after laser eye surgery! was last modified: August 1st, 2019 by Stephen