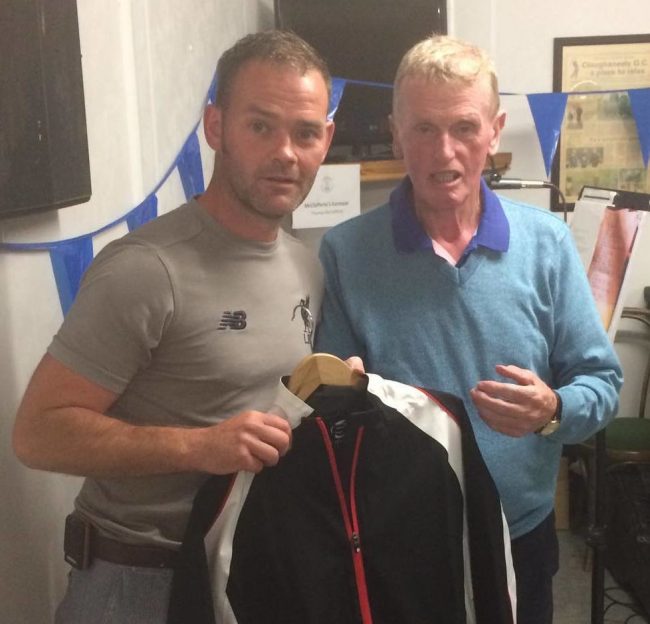 Congratulations to Denis Boyle who won the 2019 Captain’s Prize last Saturday. Denis played some great golf shooting 4 over par with some tricky pins on the day.

The Golf Course and Greens were in excellent condition compliments to Philip and his team.

In 4th was Philip McGeady (12) 36pts. The Front 9 was won Tony Doohan with 19pts and the Back 9 was won by Patsy McVicar with 20pts. The Country Gent prize was won by Alan Paterson (Glasgow).

The Captain’s Prize for Ladies was won by Margaret Mc Lean and in 2nd place was Frances Rutherford.

We had a Shoot-Out on Thursday won by Sean O Gallchoir, 2nd Vincent Collum & 3rd Owenie McFadden.  The Captain Enda and Club Committee would like to thank everyone who supported the 2019 Captain’s Prize.

It was young Conor Ó Gallchóir that won the Wednesday Open on 24th July with Chris McCallion in 2nd place both had 38pts. The Wednesday OPEN continues weekly with visitor entry only €10pp. Call 074 9165416 to book. There is a 9 Hole Champagne Scramble on Friday evening draw @ 6.15pm.

The Competition this weekend is an 18 Hole Singles Stableford play Saturday or Sunday open to Visitors also. The date for John McGinley’s President’s Prize will be Saturday 17th August and our Club Classic will be a two-day event on Saturday 21st and Sunday 22nd September.