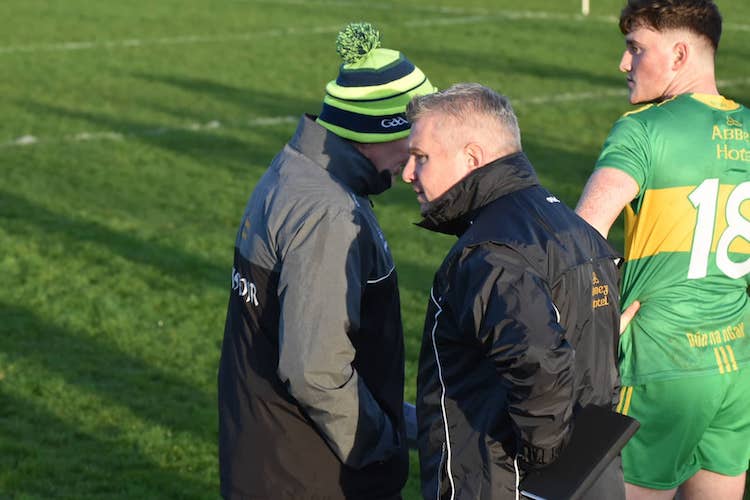 Declan Bonner on Donegal’s Rochford factor ahead of Mayo clash

STEPHEN Rochford had hardly settled on his resignation as the Mayo manager last autumn, when Declan Bonner was on the other line with an offer he couldn’t – and wouldn’t – refuse.

In taking Mayo to successive All-Ireland finals in 2016 and 2017, Rochford was closer than anyone to lowering Dublin’s colours.

Mayo were within a point of the Dubs in both finals, and only lost the 2016 version in a replay.

Although they won Ulster, Donegal had come up short in the Super 8s and Bonner realised where there was a shortfall.

He met Rochford in Sligo and it wasn’t long before they shook hands.

They scored an average of almost 22 points in their seven Championship outings last summer.

Off the back of torrid beatings by Tyrone and Galway in 2017, Bonner had backed up the talk after his appointment.

“We have to expand and we have to change the way we play,” Bonner told delegates the previous September. 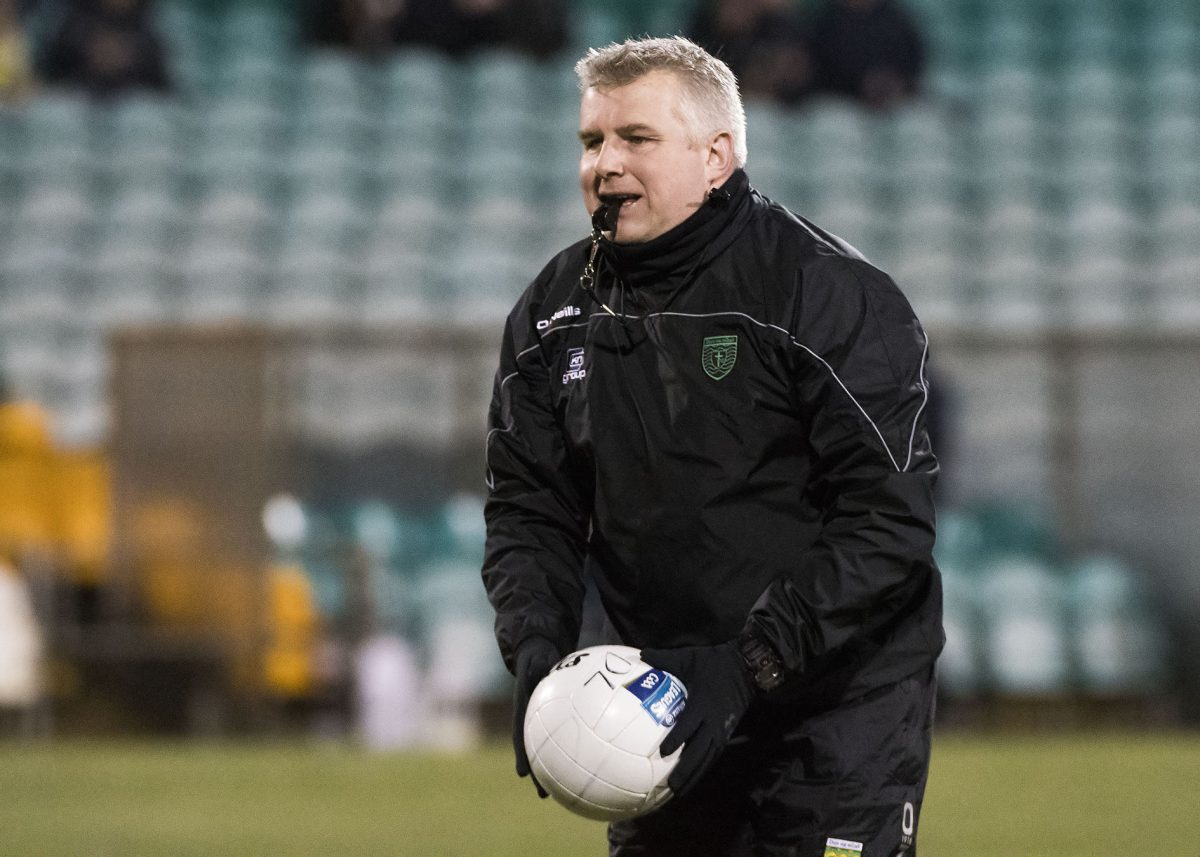 “A lot of things will have to change. We have to adapt. We have become too one-dimensional and too predictable. That will take work on the training field.”

Before Bonner’s arrival, Donegal were labelled as defensive masters, despite possessing some of the most exciting forward talents in Ireland.

“I am around Donegal football long enough to know that there are as good as footballer in this county as anywhere, especially forwards,” Bonner said this week.

“If you look at the amount of top forwards we have produced as a county over the last 30 years so one of our strengths has always been scoring forwards so why curtail that? Why block that out?

“Build on that and give these boys the platform to go out and play but we have to improve defensively. We have made strides but we still have work to do.”

A forward of renown himself and the man who scored the iconic final point in the 1992 All-Ireland final for Donegal, Bonner was always keen to have Donegal’s attack purring.

he said: “We were always going to change the way we were playing. The top team are playing a certain way, we had to get to that level.

“Last year we had to change what we were doing and it takes a lot of time and a fair bit of trust to do that.

“We had enough trust in the players we had to know that this is the way we wanted to go.” 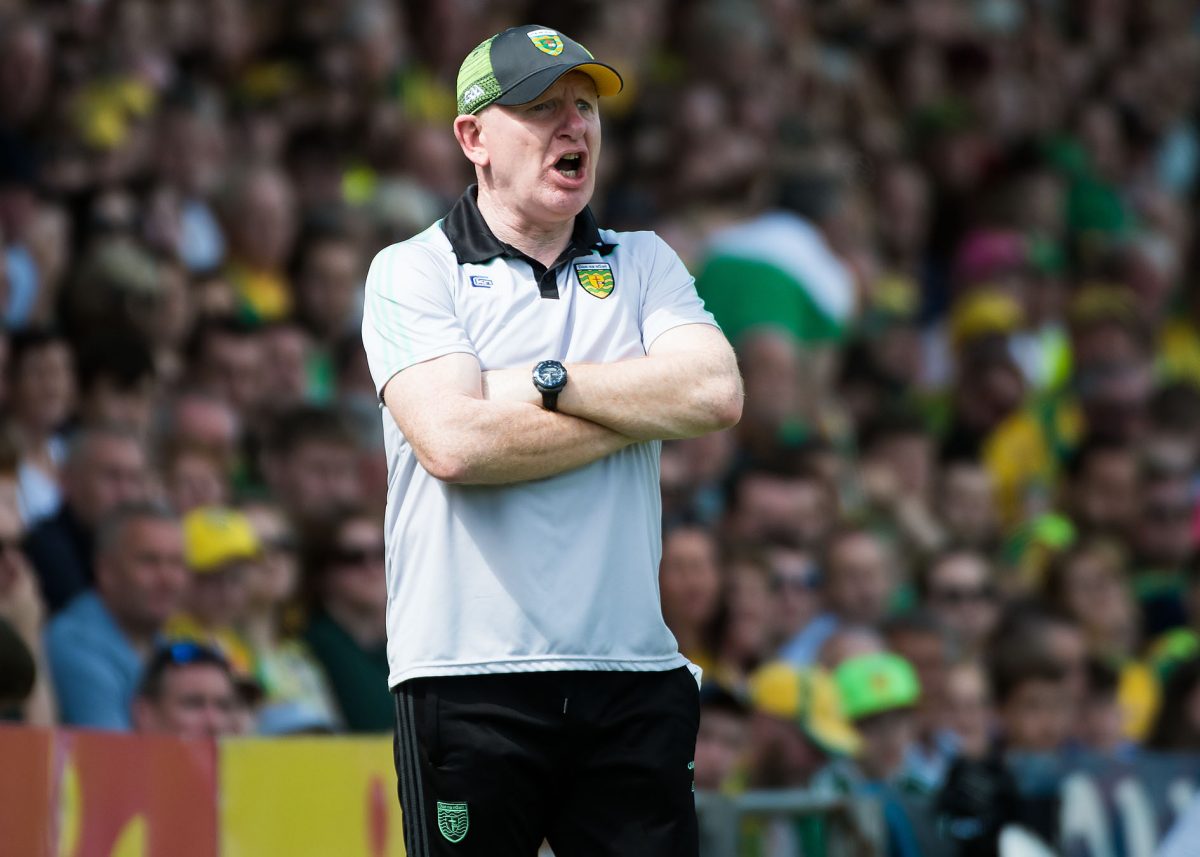 The addition of Rochford – who guided Corofin to an All-Ireland club title in 2015 – has enabled Donegal to move on another notch.

Rochford – who studies most games from a vantage point in the stand – was said to be central to the idea of trimming the squad with Donegal now carrying a panel that numbers fewer than 30 players.

Before the Ulster final against Cavan last month, Ryan McHugh spoke of Rochford as being a ‘breath of fresh air.’

“Donegal are trying to kick the ball more and play more expansive, and Stephen’s training drills are designed around that,” McHugh said.

“He has been unbelievable to be fair. Stephen is coming in with new, fresh, different ideas and different theories on how he believes Gaelic football should be played.”

Bonner has been impressed by Rochford’s input so far, but the Donegal manager has played down the significance of his presence ahead of their trip to Castlebar.

The Donegal manager said: “It is going to be about the players stepping over the line on Saturday evening.

“The way the modern game is anyway, there is very little that James Horan or the Mayo backroom team don’t know about Donegal.

“Stephen fitted the bill for us. He has come in and done a brilliant job. Yeah, he knows Mayo, he knows the players, but our end of it won’t change in terms of how we will approach it, how we are going to play it.”